It all started with a dream 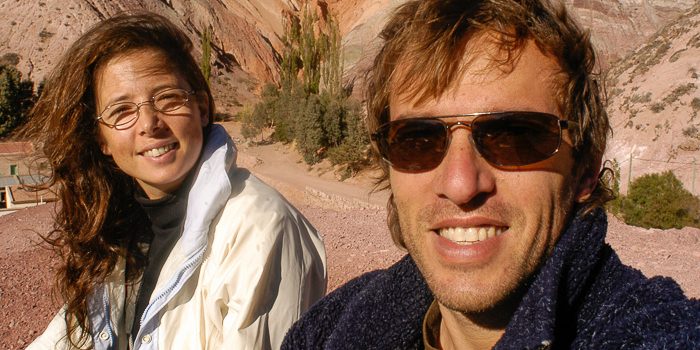 Each Hotel has its history and Del Nómade Eco Hotel, has its own. A place to stay with excellent service and excellent facilities, within Peninsula Valdes, was the result of a personal challenge, which over time became a group project, awarded by its guests and the Association of Tourism Hotels from Argentina. 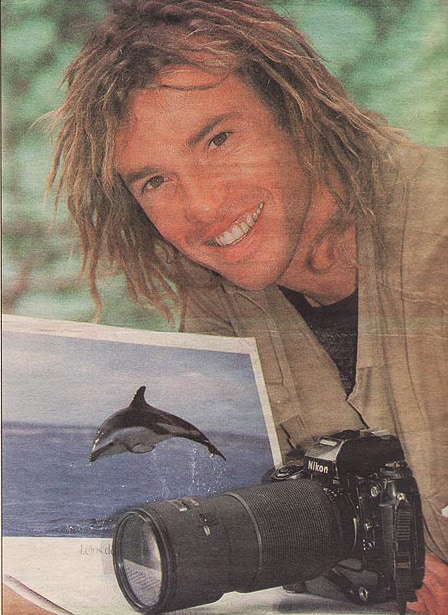 My name is Alejandro Avampini and for 25 years the nature photography gave me excuses to travel and to marvel at this infinite world and photograph it. Puerto Piramides hypnotized me. When I discovered this little town lost in the Patagonia Argentina, I felt that I had discovered a fertile corner to be able to develop as a photographer of whales and marine life. After a few years, to live and do hundreds of whale watching, photographing them, also underwater. Snorkel with sea lions, dolphins, photograph the penguins, and killer whales. Tour the immense beaches on mountain bike, and hike the routes of the peninsula. I felt like establishing myself in Puerto Piramides.
With the financial and logistical support of my parents, and with the unconditional support of friends, I decided to create a hotel designed for lovers of the earth in all its expressions. “Having a place to receive people with a spirit of adventure and respect for the planet, was the motivation generated by Del Nómade Eco Hotel in Peninsula Valdes, Argentine Patagonia.”

A project, based on an illusion, in my opinion very noble, got bogged down by wanting to make it happen. It was a brusque encounter with reality, a world full of the state bureaucracy, evil, hypocrisy, envy, ignorance, and ineffectiveness. It caused the construction to be postponed for 7 years, details that are irrelevant, but that knocked me out and left me depressed, like never before in my life. But as there is no harm that does not come good. I saw that I had 2 alternatives. or I was left to suffer a hellish reality or I went out to see what opportunities the world opened for me. Luckily I followed the second option. Life had already taught me that time cures everything, so I left, not knowing if one day the hotel project in paradise would be prosecuted and materialized again. Owning my destiny was more important than owning a piece of land or any material good.
The positive thing was to consolidate me as a photographer of adventure, wildlife, and nature. The possibilities in life are many and in that exploration find a path that has a heart, it was the best thing that could have happened to me. So I followed my passion for adventure photography and nature.

On that road, I met my wife, Cecilia, who has been with me for almost 2 decades and together we have very beautiful projects. The wild fauna brought us together, a personal search united us and in which we made life, with it, we started a bigger project … An invitation came to us as a gift from heaven, to make wildlife photography in Puerto Rico, a possibility that we accept and it opened the doors of other paradises …

Photography of marine fauna in the Caribbean sea

We had learned that dreams, we must carry them out and we knew that time is an ally. So we went to see other horizons where we met people, places and unforgettable animals. We delayed returning to Argentina and for several years we made photographs and small documentaries in Puerto Rico, the Dominican Republic and Mexico. We started working on web design and we learned the importance of virtual diffusion. This knowledge made us work for ecological foundations, big and small hotels. And these excuses brought us to manatees, whales, white turtles and colored fish that were partners in a part of our travels through Latin America. Without knowing it we were learning, what we now apply in Del Nomade Eco Hotel. All that time, history gave our lives precious moments to feel, think and continue learning.

Photography of marine fauna in the Caribbean sea

When we returned to Patagonia 7 years later, the approval by the municipality of the plans for the Eco Hotel and our home was finally unlocked. With the unconditional economic and logistical support of our families and friends, we are dedicated to the materialization of the work. The concretion of this project became the greatest learning of sustainability that we had until the moment, due to the particularity of building within a Natural Reserve, World Heritage of UNESCO, our personal demands were enormous and were transformed into commitments.

To make an Eco Hotel with strange pretensions in a very remote destination, demanded to apply ideas and processes until then too innovative for the area. We study everything to the smallest detail, especially the use of solar energy, treatments, and reuse of water, LED lighting and other very innovative developments, for the place and time. Despite reading, training, and having the support of professionals for each stage of this modern way of conceiving a building, we apply the error test technique more than once. That path was the one that informed us about sustainability. A path aimed at integrating ourselves into nature to be more and more aware that life is an endless succession of details and doing them well, does well.
Having won the first prize in the first Green Hotels contest organized by the Hotel Association of Argentina, was a recognition that made us very happy and that bitter drink of a heavy and viscous start was left in the past. Giving rise to a fluid, light and increasingly transparent present.