By Alejandro Avampini Uncategorized Comments Off 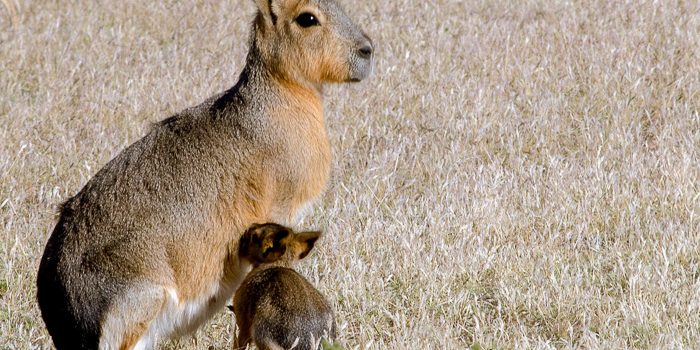 Often referred to as the Patagonian hare (Dolichotis patagonum), the Mara is a large rodent that exists only in Patagonia, can reach up to 70cm and is easily distinguished from the European Hare by the White marking near the tail and its small ears. They are monogamous and often several pairs will raise and protect their young together in the same burrow.  Mating begins in June and July and with a 3 month gestation period, the offspring can usually be seen in late September or October in Valdes Peninsula. Once pregnant the female will begin the construction of a tunnel of 1-2mt in length that ends in a large, irregular chamber. Once finished, she will no longer enter the chamber, reserved for her offspring who begin grazing 6 weeks after birth. A beautiful species, unique to Patagonia that will live close to 15 years. 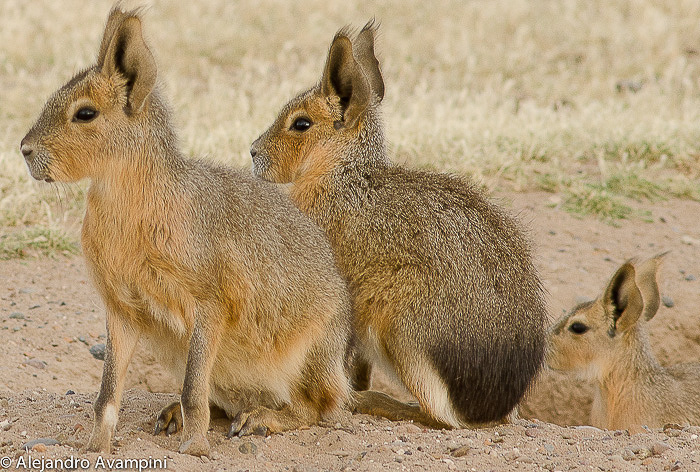 This irreplaceable World Heritage Site is home to many incredible animals because there is still enough space for them to thrive. Examples of other curious species that are willing to carry out their business in the presence of man are also present. Such is the case with the Patagonian Grey Fox, Patagonian Skunk and Dwarf Armadillo. Here I have attached a video that illustrates clearly the habits of the Patagonian Mara, a species emblematic to Patagonia.