A historical record of the colonization of Patagonia 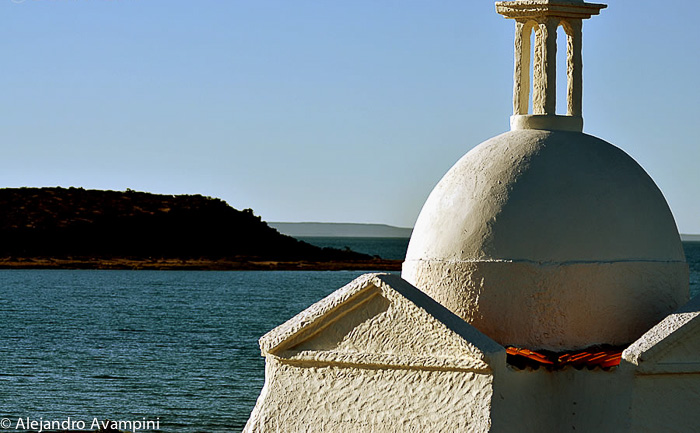 This image represents just one small corner of Patagonia, a landscape illuminated by the warm glow of sunset reflected upon the small chapel at Bird Island, a replica of the one that stood at the San Jose fort in an early attempt at Spanish colonization. Isolated and alone, set to one side of the visitor’s center, its construction brings to lifetime long past and refreshes our collective memory. 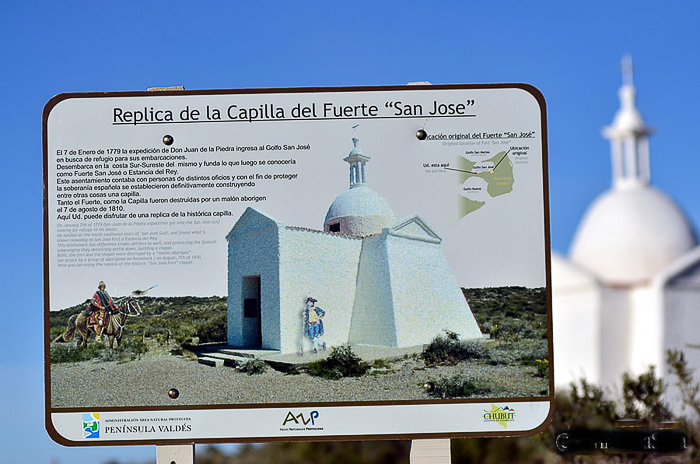 For those with a deeper interest in this colonial history, I have attached (Spanish) a study made by Jimena Alberti on the archeological history of the Valdes Peninsula entitled The First Historical and Archeological Analysis of the San Jose Fort (1779-1810). This a professional and very complete study reduced to a 43-page file.  For those interested in a more concise version, I have included here a series of historical anecdotes of the peninsulas past.  The beginning of European presence in the area dates back to the 26th of February 1553, when a Spanish expedition led by Simon de Alcazaba and the two ships “Madres de Dios” y “San Pedro” touched land near the present day town of Camarones, and on the 9th of March of the same year the area was given the name Nueva Leon. During the inland exploration of this same expedition the rivers Chico and Chubut were discovered, hundreds of km from the Valdes Peninsula. As more ships ventured this coast carrying supplies or searching for resources, it was only a matter of time before the protected waters of Golfo San Jose and Golfo Nuevo were explored. This is exactly what happened some two hundred years after touching land near Camarones.  On the 7th of January 1779, the first Spanish colonizers rowed to shore at what is now called Villarino Beach, Golfo San Jose, Valdes Peninsula. 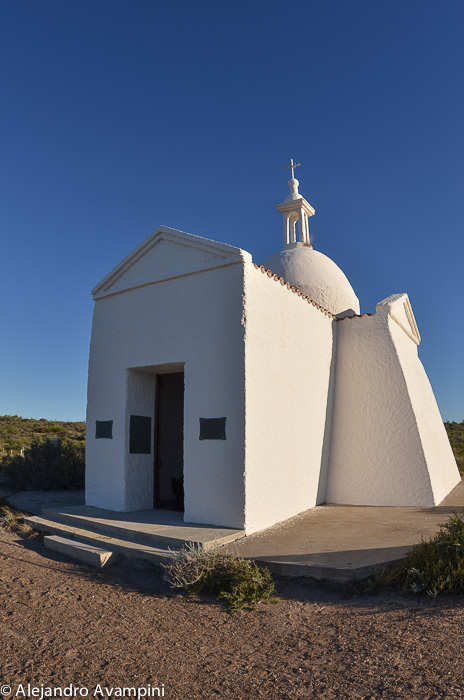 Don Juan de la Piedra, at the helm of the sailing vessel Nuestra Senora del Carmen and while commanding a fleet of ships, including the Santa Teresa and Nuestra Senora de Oliveyra, decided to enter Golfo San Jose in search of refuge from the rough seas of open ocean that are common at these latitudes. Their landing was made along the South-Southeast coast of the Golfo San Jose and founded what would be known as the San Jose Fort or Kings Ranch.

The ship’s pilot, General Don Basilio Villarino, discovered freshwater springs close to the landing site, a place that would later be named Don Basilio in his honor. Thanks to drinkable water from this spring and through an arduous process of work and sacrifice they were able to establish small shelters and gardens with irrigation channels. 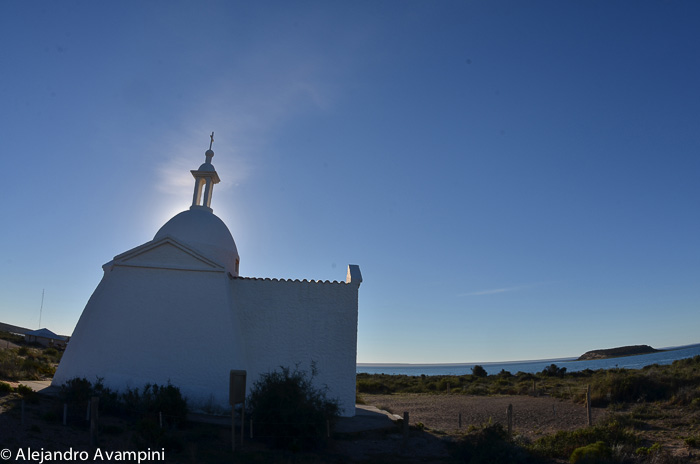 With the objective of establishing a fixed colony and thereby expanding and protecting Spanish sovereignty individuals of various professions and abilities constructed, amongst other buildings, a small chapel. The chapel that can be visited at Bird Island is a replica some 30km from the original site where the small fortress La Candelaria once existed. According to documents recorded months later at Fort Rio Negro, by survivors, it is told that on the 8th of August 1810, the colony at Fort San Jose was attacked by an indigenous mob of Tehuelches, led by the Chiefs Colchecan Cossuna, Tanana, Zenchil, Salu and others. The attack completely destroyed the colony and its installations, including the fortress and chapel. The unofficial story is that this violent attack, where only a few were allowed to survive to tell the tale after 30 years of mutual occupation, was probably the product of poor treatment by the colonizers.  Today, Villarino beach is easily accessible by land, resting along a lonely coast lost in the great expanse of its surroundings and with no visible evidence of this colonial history.  Aside from the reasons for the indigenous intolerance of the white man, it is easy for any visitor to Bird Island, together with a little bit of imagination, to travel back in time and get a feel for the harsh, distant and isolated conditions that the first colonist had to endure along the Patagonian Coast.