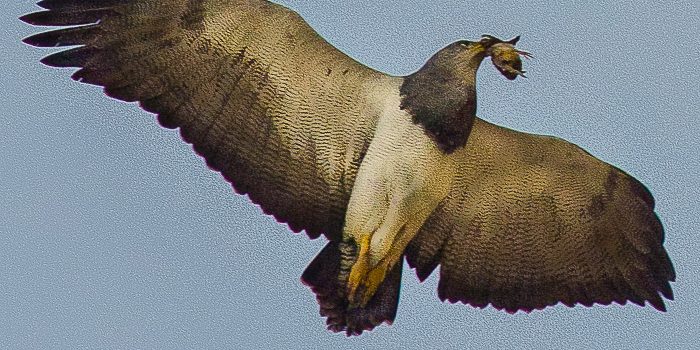 The Black Chested Buzzard Eagle (Geranoaetus Melanoleucus) is a fast hunter that occupies most of the South American Continent from Venezuela to The land of Fire and the Beagle Channel. This is a diurnal bird that occupies, in relatively small numbers, the Valdes Peninsula. 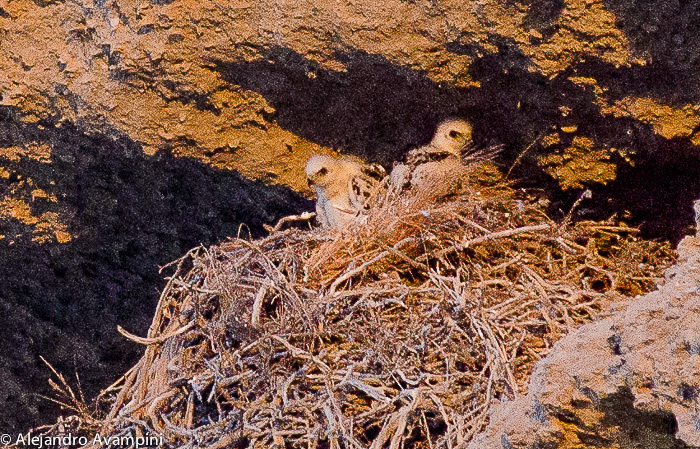 Their nests are found on outcroppings of cliffs with extremely difficult access and their nests are large platforms of sticks and branches. A female will lay 2 eggs in October and the chicks will hatch around the end of November beginning of December.  By February the chicks are large enough and have enough experience to leave the nest. 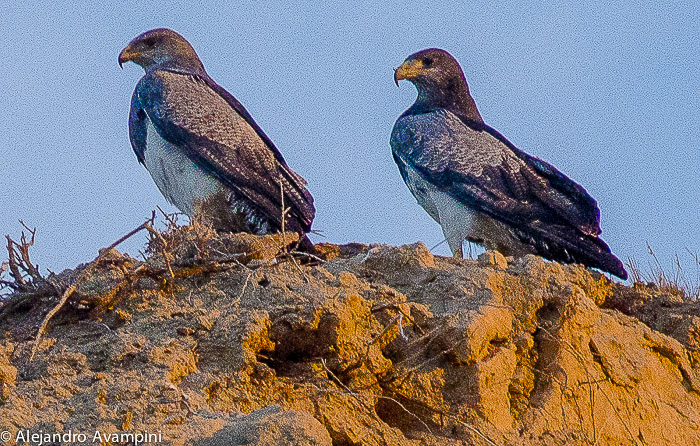 A large part of their diet is made up of rodents and small mammals, though they do also hunt and eat other small birds, as seen in the above image. On this occasion I observed it carrying its prey to the nest to feed the anxiously awaiting chicks. This banquet ensures continued growth, maintaining a species that enriches our planet’s biodiversity.