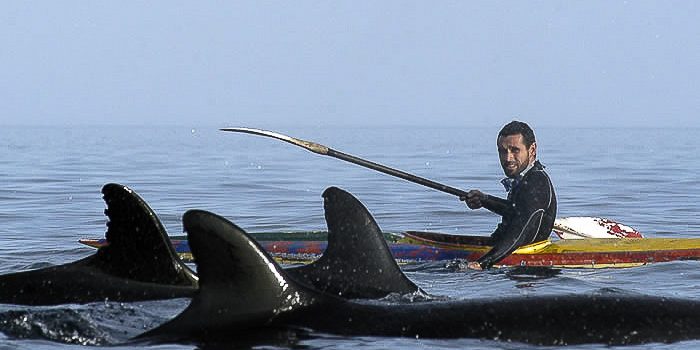 In May 2008 the Chilean Volcano Chaiten erupted, throwing a plume of gas and ash 15.5 mi ( 25km ) into the atmosphere. The predominant west winds dispersed and carried the ash east across Argentine Patagonia and eventually, as far east as the African Continent. 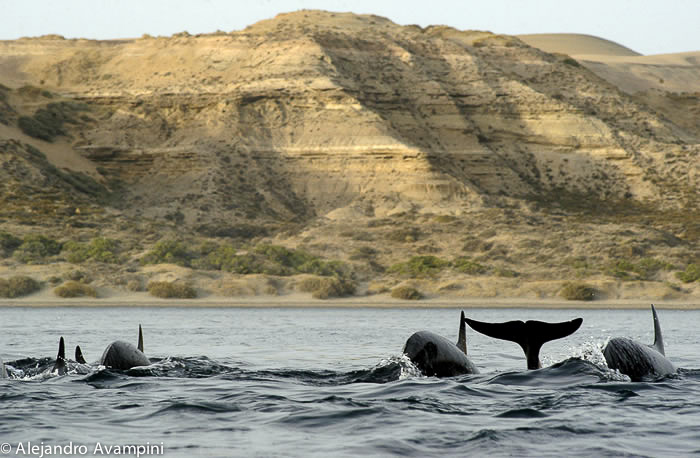 The coast of Chubut, and more precisely the Bay of Puerto Piramides, invaded by this irregular atmosphere of volcanic particles, was surprised by the sudden appearance of a group of approximately 150 False Orcas (Pseudorca Crassidens) and Bottle Nose Dolphins (Tursiops Truncatus) in an extremely unusual event.

The group was comprised mainly of mothers and their calves, of both species, swimming together from one side of the bay to the other, back and forth, moving in circles and not stopping over a four day period before disappearing. Several neighbors went out in kayaks or small boats to better observe these beautiful creatures and attempt to document this unforgettable and singular event.

The immense volcanic cloud covered the sky well beyond the horizon and in all directions. The cloud contained a high percentage of quartz and other minerals that could have affected their biological radar, disorienting and complicating the dolphin’s ability to navigate. Some time ago, while observing photographs of this event and having a conversation with a visitor at Del Nomade, Doug Bertan, a producer from the National Geographic Society, he commented that the only time he has observed False Orcas was ten years ago along the coast of California and coinciding with a volcanic eruption that had created similar atmospheric conditions in the area. These two separate and isolated events emphasize the theory of magnetic navigation with these marine mammals. 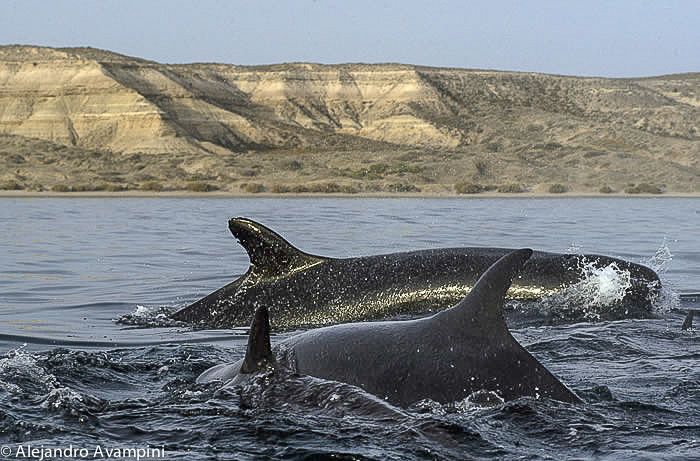 On the morning of the fifth day, they had abandoned the bay and were not seen again, fortunately, no observations were made of dead or beached individuals. False Orcas live in Open Ocean, are not sociable with boats and are seldom observed. There are some areas with a greater propensity for sightings of this species like the Cebu islands in the Philippines, the east coast of Australia, the Eastern Caribbean Sea and Hawaii. 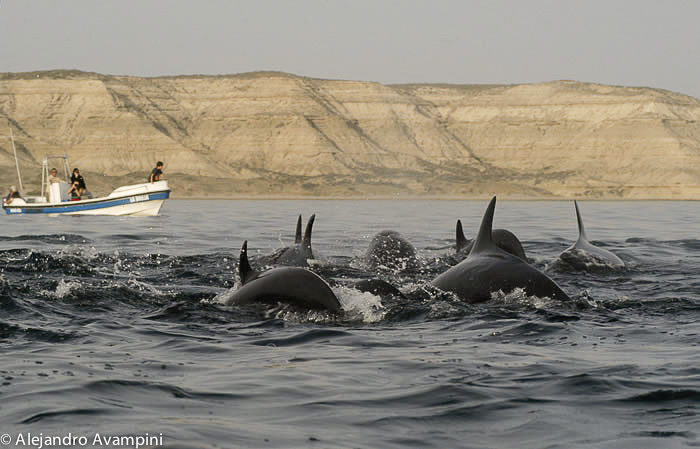 I was able to capture these images thanks to the incessant invitations of Pablo Passera, owner and guide of Patagonian Explorers, dedicated to trekking and kayak expeditions. Del Nomade was in construction and with Cecilia, my wife, we had spent the last year and a half immersed and focused on the building Project, to the point that  I have no recollection of even going on a whale watching tour in all that time. Pablo pulled us from the project and stuck us into a tandem ocean-kayak and two minutes later we were five neighbors kayaking amongst the False Orcas. Together in a small boat, Stephen Johnson was taking photographs and Daniel “Pulpo” Casielles in his wetsuit and his video camera prepared in an underwater housing. 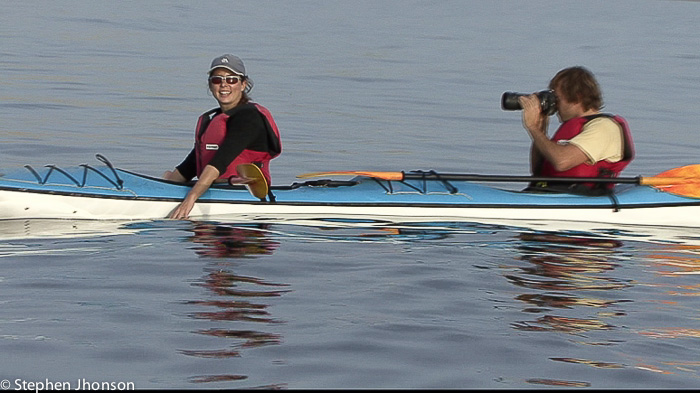 These two images of us were taken by Stephen and make up part of an unforgettable photographic file. The sky was unusual due to the ash but this created ideal light for documenting these incredible and rapid marine mammals.

An atypical event that “Pulpo” immortalized in this video.