A desolate road occupied by wild animals, unique to the landscape of these latitudes, serves as an introduction to the Valdes Peninsula. 4.3 mi ( 7km ) after passing the control booths and entrance to the Peninsula, a large round-about offers access to the Visitors Center. Here a small and well-maintained museum exhibits a general view of the region and a complete skeleton of a juvenile Southern Right Whale. 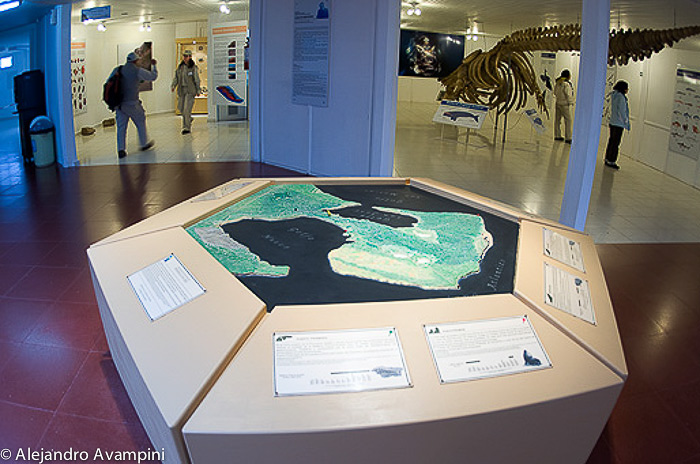 Passing the round-about and 17.3 mi ( 28 km ) further down the road is Puerto Piramides.  The visitor’s center lies on the Isthmus, the narrowest point separating the Golfo San Jose to the north from the Golfo Nuevo to the south and connecting Valdes Peninsula to Continental mainland. Following the round-about and entering a well-maintained dirt road to the north is access to “Birds Island” observation point, 5km from the Visitor’s Center. 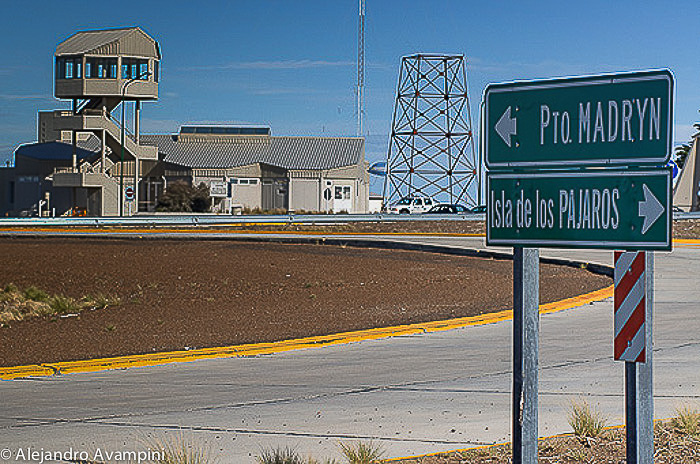 The same roundabout to go to the Birds Island

Different videos are shown in the multi-media room, graphically explaining the different aspects of the Valdes Peninsula. Other installations include taxidermy birds and detailed graphics of fossils, fish and the fauna in general that are found in the peninsula. Outside, an observation tower provides an excellent space for contemplating the immense Patagonian Steppe. Along the side of the visitor’s center, a walkway invites you through an interpretive path for a better understanding and identification of the diverse and interesting flora which to the inexperienced eye, look the same and are easily confused, being short and relatively uniform in color. A stop here is recommended and aside from the mentioned installations, there is a souvenir shop, kiosk and very nice restrooms, allowing a more comfortable arrival to Puerto Piramides. 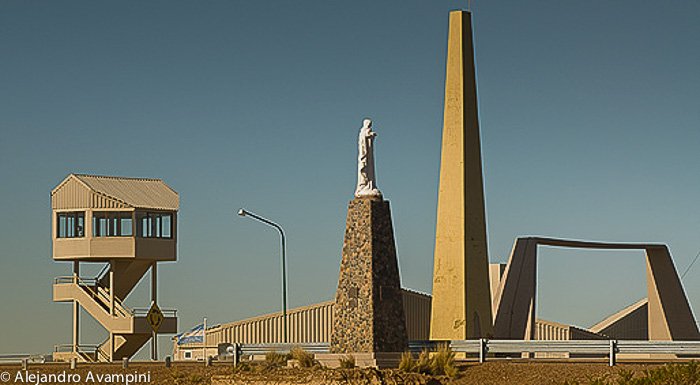 It is normal to encounter Guanacos, Choiques, Maras and occasionally sheep that have passed the fence while traveling this route. For this reason, one should drive cautiously and pay special attention. In some areas you can see, in the distance, both the Golfo Nuevo, to the south, and the Golfo San Jose to the north. 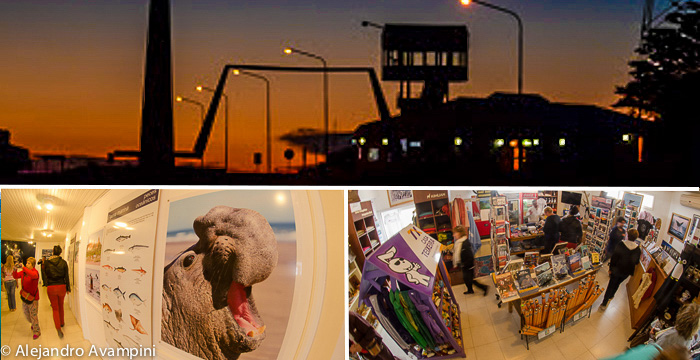 This road is paved and well maintained up to your arrival at Puerto Piramides. It is nearly impossible to get lost and keep in mind, the first view of the bay is the most beautiful, just before dropping around the last curve and into town. 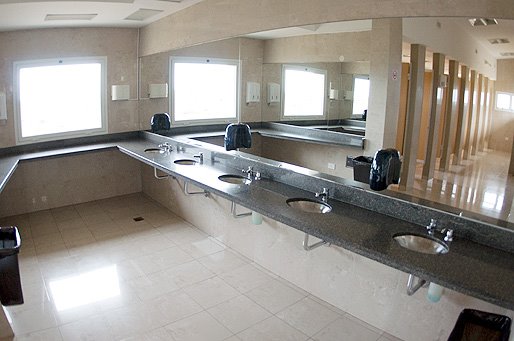