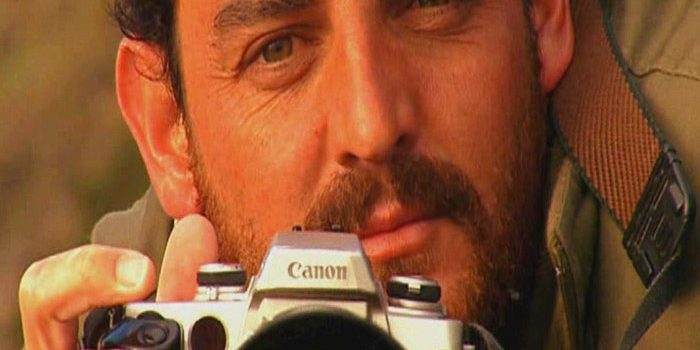 “It has been said that to obtain good scientific information one has to be coldly objective, register with precision the observations made, and above all, avoid all feelings of empathy towards the subject of study. It was by good fortune that I ignored these theories during the first few months in Gombe. A considerable part of my understanding and knowledge about these intelligent beings was possible because I did feel empathy towards them.” Dr. Jane Goodall 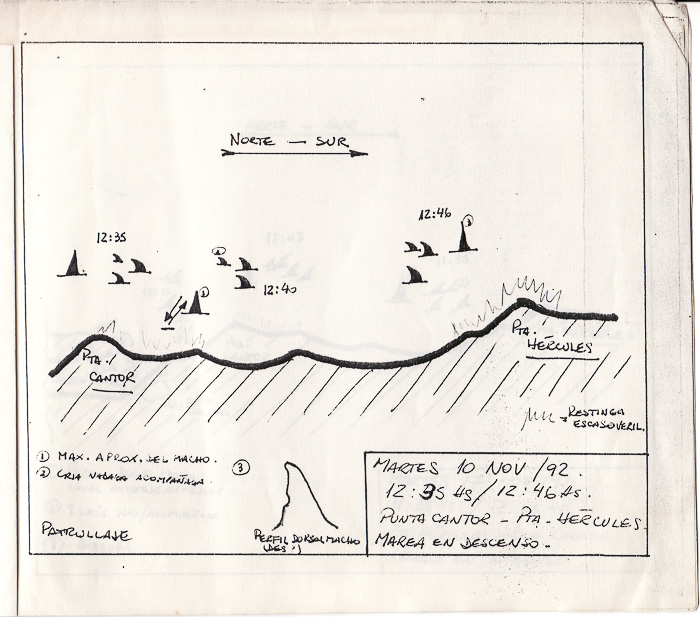 In the beginning of my investigation and as an attempt to solve certain technical problems, I approached the orcas in the water. To my surprise, the orcas not only offered me their peaceful close proximity, but also their friendship. 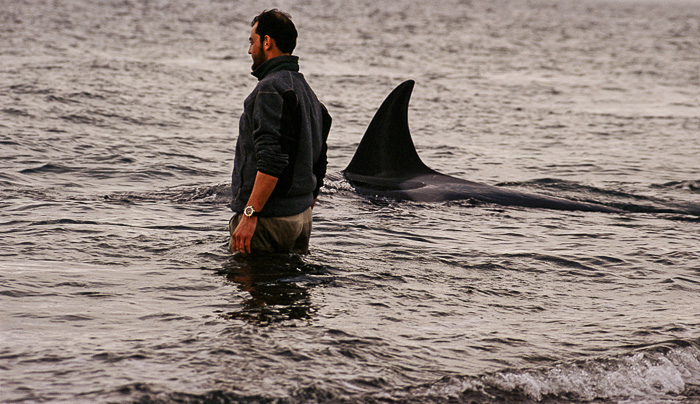 After recovering from my initial awe, we established a relationship that changed the early goals of my study into another search that reaches far beyond the boundary of a formal investigation. For me it could no longer be just the collection of information to be analyzed under the cold light of logical thought, but more so the search for a train of thought that would direct my daily observations in a direction of greater transcendence. 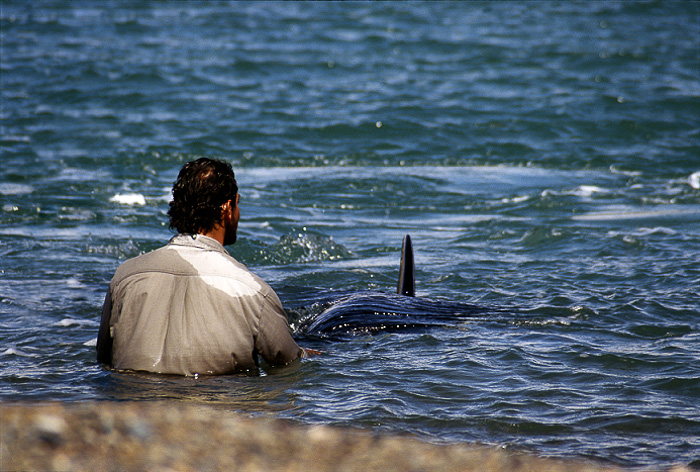 Over the years these orcas have become my family in the sea, and most likely for them, I have become their friend on the shore. Although this way of thinking could be considered far from strict scientific protocol, I have been fed by it with an internal certainty that it would result in a greater contribution to the world one day. For over a decade I have filled many notebooks with the diverse aspects of these animals’ lives, but more importantly, we have shared the rising and setting sun and moonlit nights playing in the kelp or splashing in the water. These eternal instances have been etched into my memory, and maybe it is because of these special moments that I have found answers. Together they have given me an understanding of this special place occupied by both man and orca within the formidable mechanism of life. 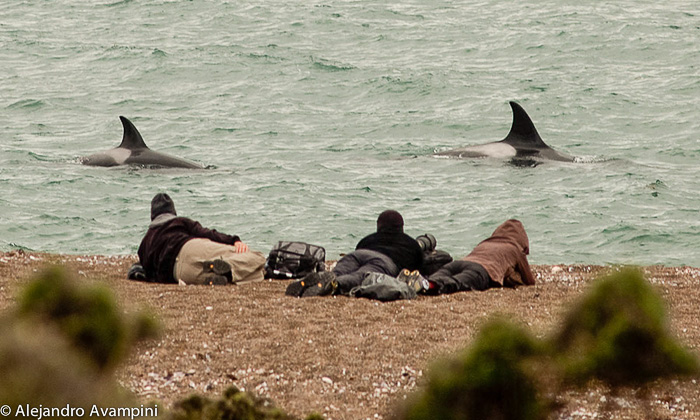 Like man, the orcas occupy an elevated position in the general scheme of life on this planet. Different from modern man, the orcas’ behavior still rotates around the same basic necessities of our ancestors. A better understanding of the orcas’ life stories might bring us closer to our own story, and in the end, assist us in correcting the direction of our existence. In the meantime, we do know that Orcas and Man are travel partners in the journey throughout this world, where everything is intimately associated. 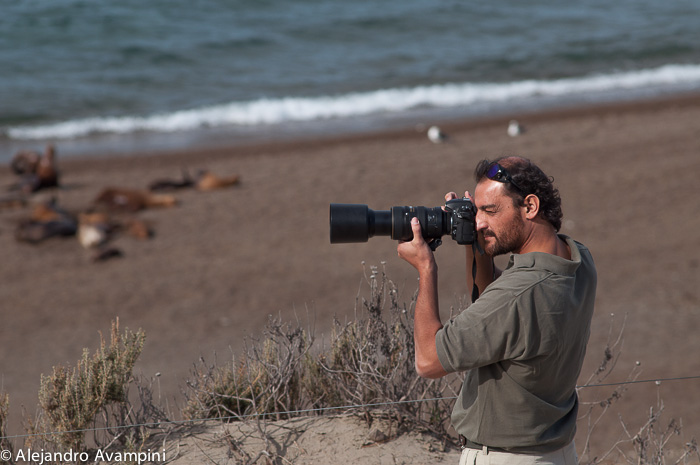 Maybe the relationship that the orcas and I have established means something more than just a noteworthy example of an interaction between two different species. Perhaps, and above all, it is a message that can help us remember that we are not alone nor superior than other living beings in the world. We share the same home and we will never be able to separate ourselves from one simple truth: what happens with the orcas or any other species in our planet will, sooner or later, happen to us.