When can whales be seen in Puerto Madryn? 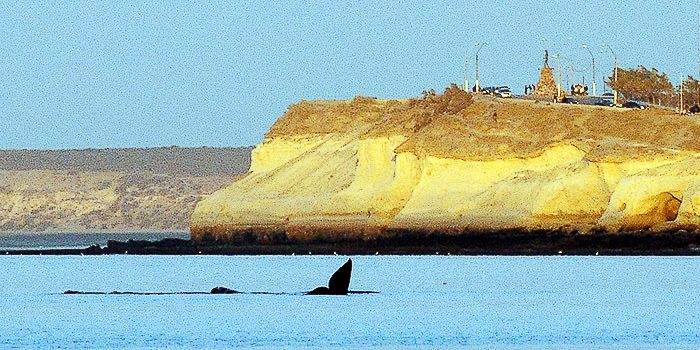 The cycle begins when they appear at these coasts between the end of April and the beginning of May The whales chose this coast near Puerto Madryn, as the most crowded nursery. Dozens of mothers arrive on this coast, to be with their young, the first months of life.

Since the first one is usually seen from the beach somewhere on the south coast, near Puerto Madryn, day by day the number of whales grows and they begin to be in small groups. They have a circulation pattern, predictable throughout the season. They begin to enter through the south of the New Gulf and after spending 8 months of permanence, the greatest concentration will be found in the North Gulf area, in Puerto Piramides. At the beginning of the whale watching season, between May and mid-October, El Doradillo Beach becomes the best place to see them from the coast a few meters away. So it is that you can appreciate the incredible proportions of its size. Many times, the approach allows you to be less than 30 meters from the line where dozens of them float. 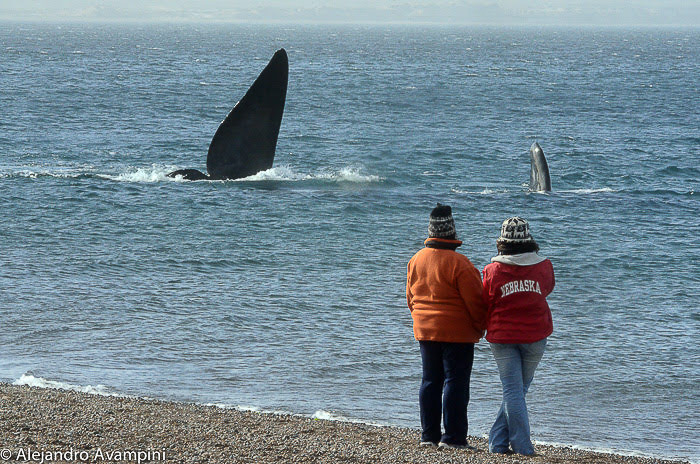 The main features that bring mothers to this part of the coast of Peninsula Valdes, being a pebble beach that a few meters from the coast reaches more than 8 meters deep, and be aware of the strong winds create a space of very calm waters. This uniqueness allows him to have enough depth to breastfeed his young, while not allowing the males to try to copulate because of the lack of depth to be able to move. These obscene behaviors require a minimum of 50 or 60 ft ( 15 – 20 m ) deep.

Save up to 41% of the value of the room with these discount coupons.

The whales have the ability to float in a space barely 6 meters deep and the calf for breastfeeding is submerged with breathing, to one of the 2 breasts, located one on each side of the genital cleft, to nurse. Well, from that interaction we dedicate another article and that deals with everything related to the behavior of the whale and its calf. 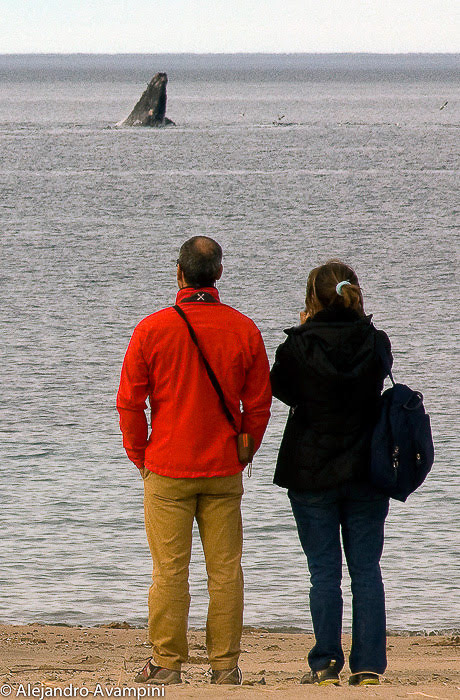 Whales are also observed during the first months of the season from the main beach of Puerto Madryn. It is very common to have lunch in the beach bars and to see the whales while you taste some squid rings with garlic or other typical foods of the area. At night you can dine listening to the blowing of the whales, it is really a luxury to enjoy moments so close to such large marine animals.