When is the best time to see Whales in Peninsula Valdes? 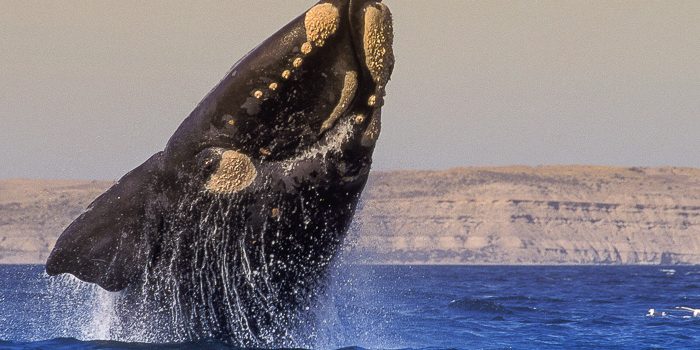 The whale season in Penisula Valdes is sooooo long. It begins in mid-April and ends in late December. The fauna is free to do what it wants, but it is incredible how its behavior obeys natural forces that tell it when to arrive and when to leave. It is possible that at the beginning of April, specimens will be seen and also that at the beginning of December, whales will not be seen by Peninsula Valdes.

Whale mother with her calf in Puerto Piramides – Peninsula Valdes

Therefore, to answer which is the best time to see whales it is definitely September October, until mid-November. The whale sightings embarked begin in mid-June, but the weather conditions of cold and high wind, take away some points and do not quote when saying “is the best time of the year to see whales”. Between October and November, being high season in Peninsula Valdes prices are more expensive. That is why, if it is about sighting whales, the last fortnight of September is a great time to visit Puerto Piramides or Puerto Madryn, without spending as much as you would spend from the first October. 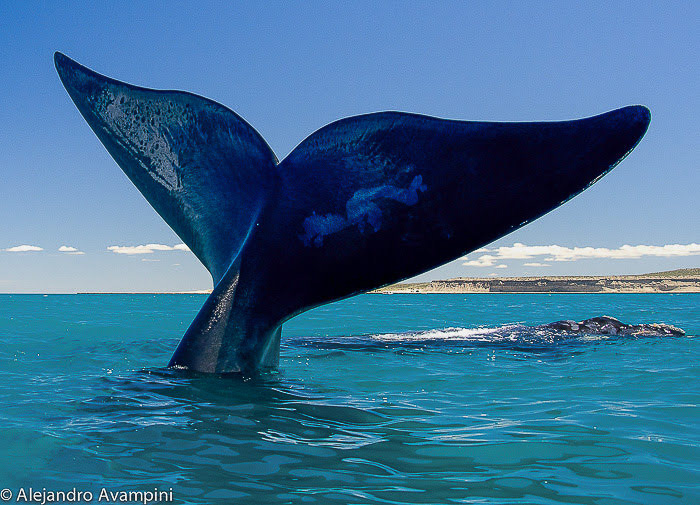 Save up to 41% of the value of the room with these discount coupons.

The behavior and preference zone of the whales is changing as the months go by. The season begins with the arrival of pregnant females ready to give birth in the month of April. It is not common to see males, they are still in the sub-Antarctic zone and the Malvinas Islands, feeding on hundreds of tons of krill per day. The parturients are huge, they seem bloated ready to burst. it is logical if we understand that within it a calf is brewing that measures more than 16 ft ( 5m ) long and several tons of weight. 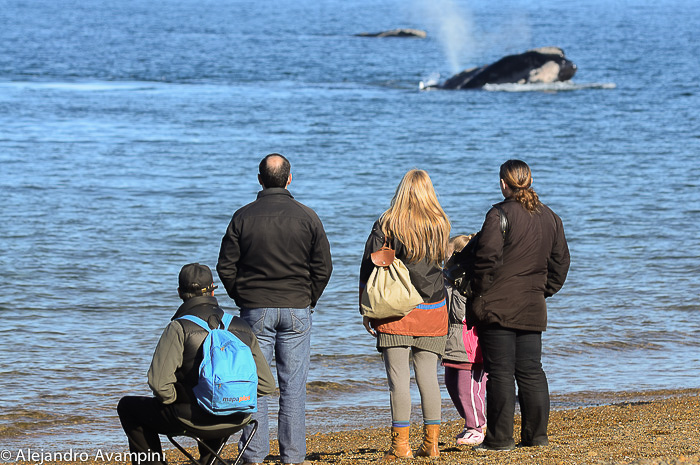 That is why at the beginning of the whale watching season, the best sightings are from the coast at El Doradillo Beach, 9.3 mi ( 15 km ) from Puerto Madryn. It is difficult to explain the enormous density of whales that a simple observer could see from the beach. It is normal to see between 20 and 30 whales, between mothers and offspring. It is a repaired and shallow area, where males can not harass females and they can devote all the time to the calf that has just been born. This activity can be enjoyed from the end of April to the middle of October. Logically, as the calf grows, they gradually abandon the area and the density of animals begins to decrease. At that moment, the sightings embarked from Puerto Piramides begin to take the spotlight, because it is huge the number of whales that are in that area. Between males and females inmate behavior. That information is more developed in the articles that we dedicate to whale watching from Puerto Piramides.