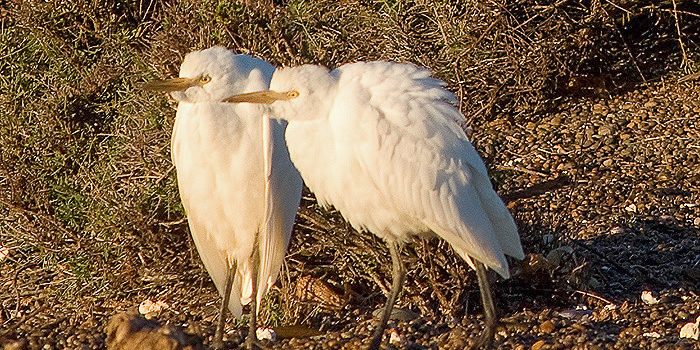 This long-legged Patagonian Resident is also seen regularly in the Valdes Peninsula. Teetering on the edge of extinction in the early 1900s due to women’s fashion, this elegant bird has survived and although still somewhat scarce, each year can be observed in greater numbers. They were killed for the male’s long dorsal feathers used in the birds courting behavior.

These feathers were used in hairstyles and hats and were acquired at a high price, creating uncontrolled extermination with no respect for the bird’s reproduction. The creation and application of legislation together with changing styles helped reverse the situation. During the reproductive season, they will nest together in colonies as large as 20 individuals. 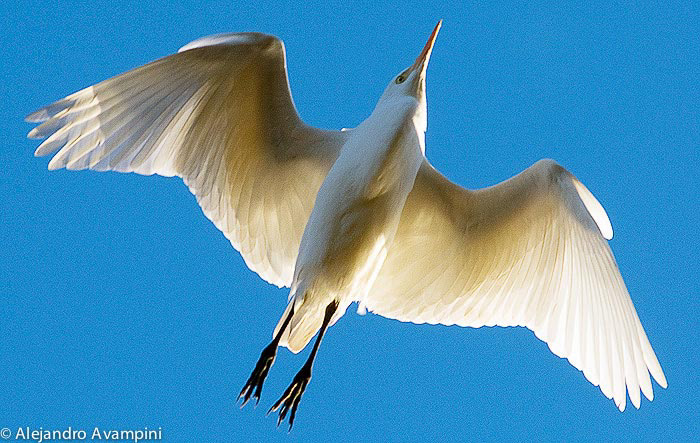 This species is easily recognized in flight due to its long legs stretched out in the back and its long neck pulled inward in an “S” shape and the perfect form it takes while majestically gliding through the air.

For the building of their nest, a pair of Great Egrets will look for an area with trees and easy access to large quantities of dead branches, willows, grasses or dry leaves. Together with these materials, they will construct a large platform in which six to eight light-blue eggs will be laid.