The mating between whales 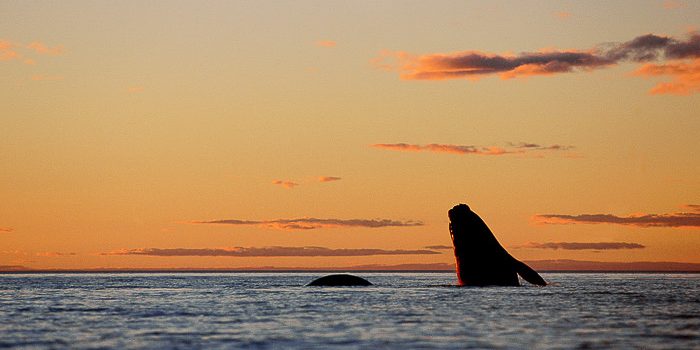 The mating of the Southern Right Whale, or courtship, happens with several males and a courted female, which is enclosed by the sides by 2, 3 or more males. The mating of the whales may take more than a day and the female, to avoid being copulated, is placed on her belly, a position that she can hold for a few minutes because she needs to breathe. 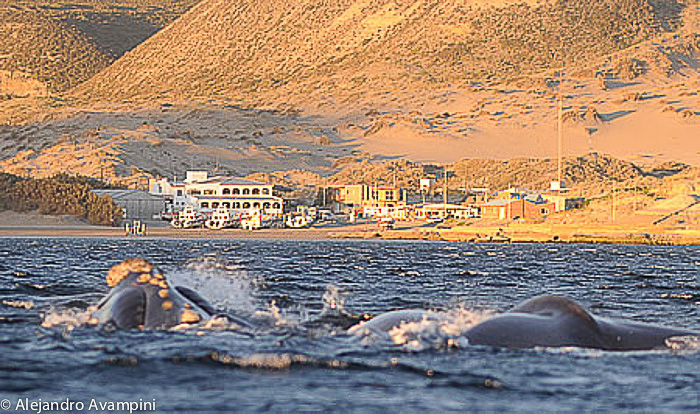 One tactic of copulation developed by the males is to support the belly on the back of the female, while the others keep their positions on the sides. When the female turns to breathe, the males push until one of them manages to copulate. Other times, we observe from the whale watching boats in Puerto Piramides, as the males search with their penises for the vaginal cleft of the female belly up, it is worth noting that the male member of the male measures approximately 6.5 ft ( 2 m ) long and its owner has control Absolute movements, like an African or Asian elephant, has it with its trunk.

If the male manages to introduce his member only a few centimeters, he can achieve a sufficiently powerful force to turn the female, who floats like a buoy, towards him and facilitate coitus. The mate does not last more than 30 seconds but the courtship activity can extend for several hours and in general, they manage to copulate almost all the males, but only one manages to fertilize it.