The penguins, the nest and their amorous courtship

Penguins are animals that usually form lifelong partners, although it seems that the female is the one who decides to continue or not to follow each new breeding season. The work that the male, first to arrive at the beach in September, made in the reconditioning of the nest that they left in March is decisive. The couple will arrive days later eager to find the comfortable home, a determining factor for the female to choose to stay with her better half.

They choose zones bordering the coast, entering several hundred meters in the steppe, to make their nests and recondition them in each season under some bush or more open places. With their legs they dig a well, taking rest every few minutes, to continue another time later. It takes several hours to make the nest and days to condition it. They look for loose feathers and twigs to create a mattress on which to lean on the belly and hatch the eggs.

Once this detail is clarified, the treatment between them is very loving, at this stage of the life cycle. The caresses that are done with their wings or the pounding they perform with their beaks are moving, often it is triggering a loving encounter on the beach, without any shame. 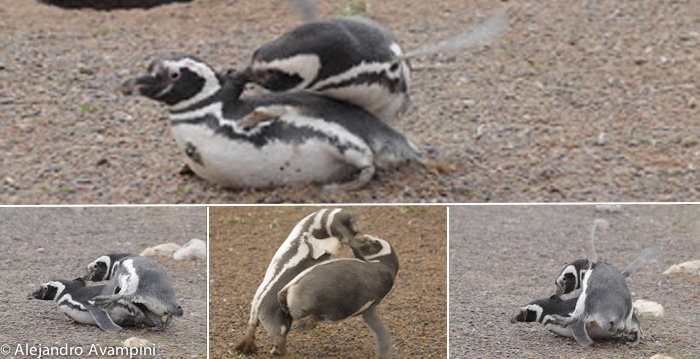 But not all are joys in the penguin’s colony, there are situations that generate fights of Penguins, a behavior that can be observed often between mid and late October. The basic motives are disputes over feathers, branches and other objects used in the conditioning of the nest, it can also cause a fight for bordering differences and defense of the territory. These penguins, owners of a peak in the form of a pointed hook, in this exchange of pecks can end, some of them with wounds, or even with death, especially if the loser does not retire in time. 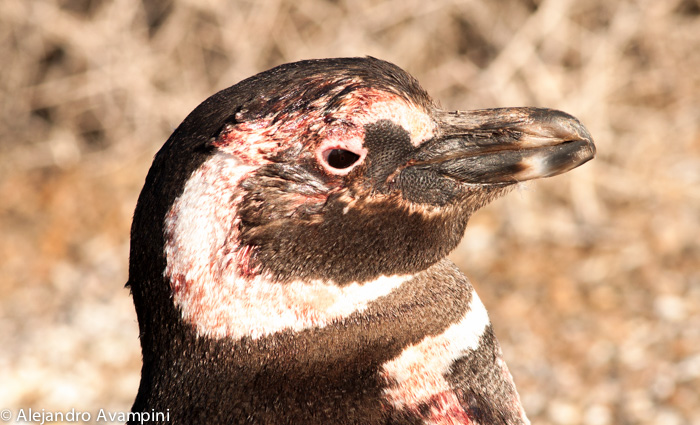 Penguin after a fight in Peninsula Valdes