Roger Payne and the whales 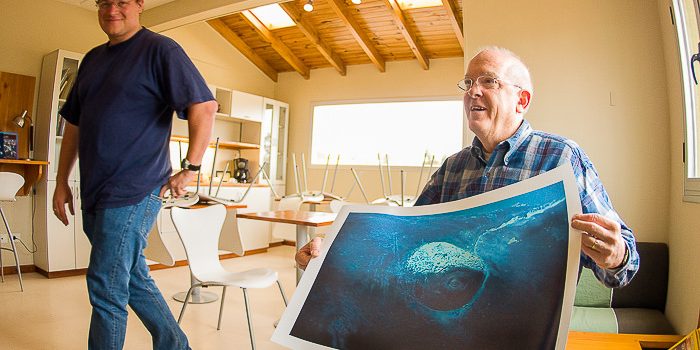 In 1970 Roger Paine, here in Peninsula Valdes,  Patagonia Argentina, discovered that he could be individually identified by photographs of the whales from the head´s calluses patterns. That was the beginning of the program of Southern Right Whale Research. Currently, this program is the study of longer duration in the world based on whale photo-identification. Until then, what was known about whales came mostly from the analysis of specimens hunted by the whaling industry.

I give him the picture “SOS tu Destino” because this picture shocked years ago Roger Paine who believes that “It is the best photo of a whale’s eyes have ever seen” … and the proud photographer, can only boast of such a compliment! 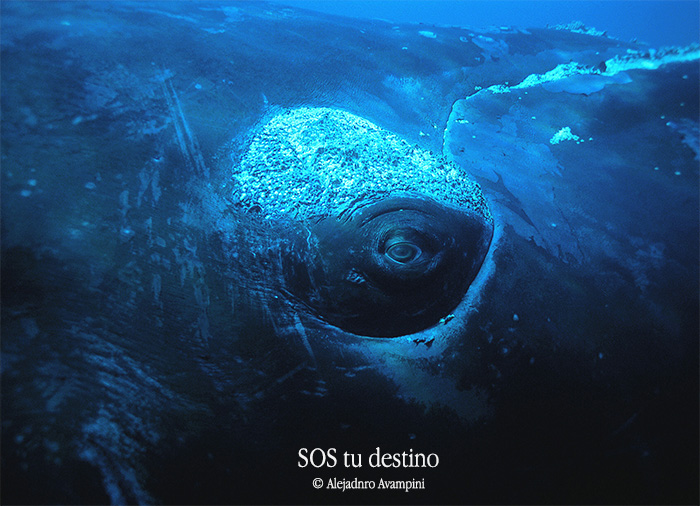 His work has been featured over thirty documentaries for television, including the documentary made in 1991, which was nominated for Emmy Awards “In the company of whales”. In 1995, Dr. Payne co-wrote and co-directed a production of IMAX, “Whales”, which was very popular among the critics and the general public.An estimated audience of 40,000 people across the world sees that footage weekly. Dr. Payne always wanted to films and publications how can help, educate and raise awareness about the uncertain future of the planet Dr. Payne discovered that following the lives of individuals, could learn much more about the whales of what was known from dead animals, as they can make population census, and specific information on various aspects of their behavior throughout their lives. This research carries on today in Península Valdés, the Whale Conservation Institute (ICB). Just above each eye, there is a callosity that is referred to as the eyebrow. At the extreme end of the whale’s “snout” is the largest of the callosities known as the bonnet. Along the upper jaw, the callosities tend to be less continuous with this species when compared to its counterpart, the Northern Right Whale. Frequently callosities will be present along the upper edge of the lower “lips”. Their eyes are incredibly expressive and in my experience diving with them one can experience an unforgettable level of communication, through visual contact, full of simplicity and wisdom.