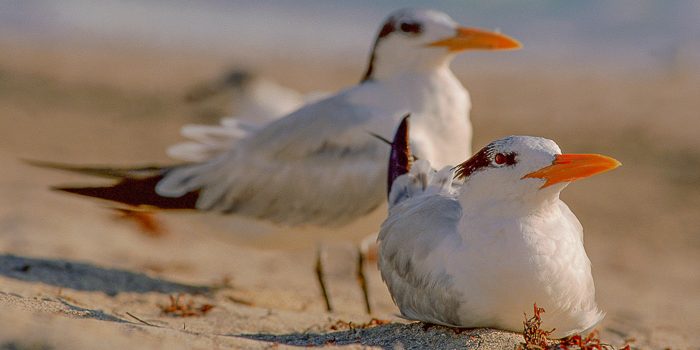 The South American Tern is one of the 3 species of terns that nest on the coast of Argentina and is found in Peninsula Valdes. It is rather more difficult to observe that the kelp gull because it has a small population size. The breeding season begins in December and you will be able to see them flying over the ledges and cliffs. After nesting, from March onwards they are no longer predictable. Terns nest every year, but not in the same places, often choosing quiet coastal places in very exposed sites but are very sensitive to disturbance. Their diet is based on fish; their fishing technique is to plunge into the sea s to capture their prey. 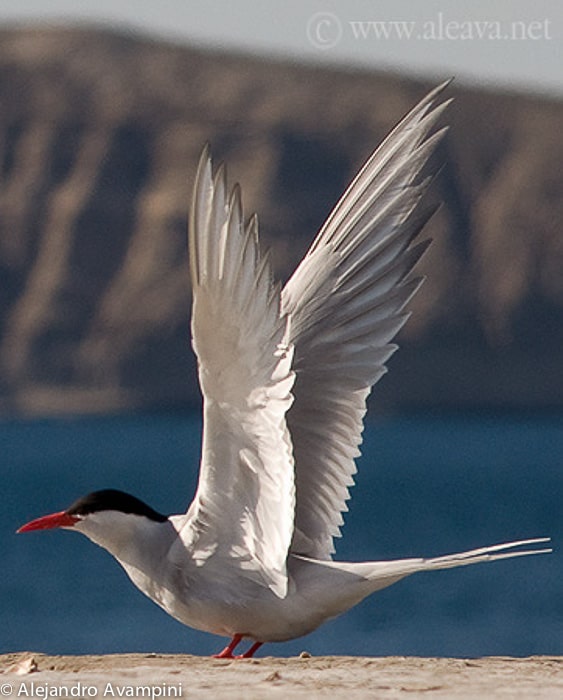