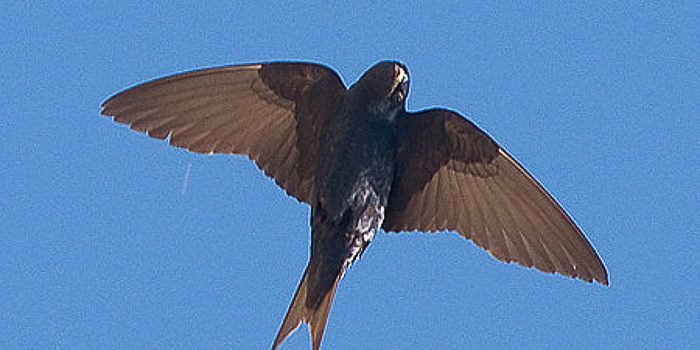 Southern Martin (Progne modesta) is a migratory bird that reaches the Valdes Peninsula in spring accompanied by its enjoyable song and normally observed in groups. This species can be observed in many areas throughout the American Continent with a migratory route that extends over thousands of kilometers. It is a bird that calls little attention to itself being small and relatively uniform in color it is often “lost” amongst the many other small birds, but to the trained eye, this incredible and unique species will announce its arrival to Puerto Piramides in spring. The migratory route of this species whether coming or going from the reproductive zone or its wintering area can comprise a distance of as much as 7.500 mi ( 12,000 km ). Those of the Valdes Peninsula, in general, migrate to Peru at a rate of some 200km per day. They feed almost exclusively on insects and feed during daylight hours.