Annual migration of the Right Whale 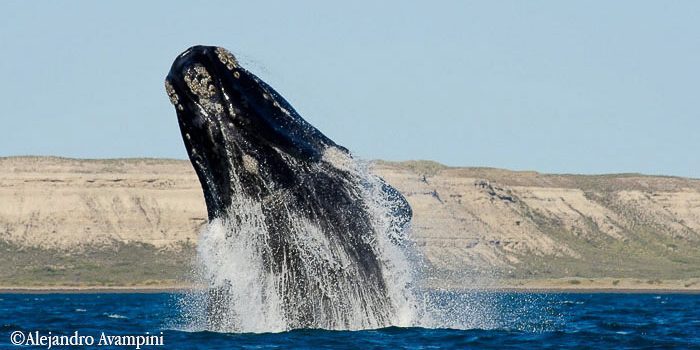 The whales visit Peninsula Valdes between the months of June and December. They have a large space in the ocean where they circulate throughout their lives, well-defined areas for their migrations of autumn and summer, covering thousands of km. In the autumn, they move to the north, it is the time of mating and breeding and they go up to the 20th parallel. They come to Espiritu Santo in Brazil. between Mozambique and the island of Madagascar in Africa. They are also found in Australia and New Zealand.

The annual migration map of the Right Whale

Just a few years ago, the first complete migration of a whale was recorded. Between his departure for the end of the season of 2014 and his arrival at Península Valdés in May 2015. The whale is known as “Papillon” through a transmitter installed on his skin, allowed to know something more about their habits and customs. Despite having placed satellite transmitters to five whales in total, only Papillon remained connected until returning to Península Valdes. 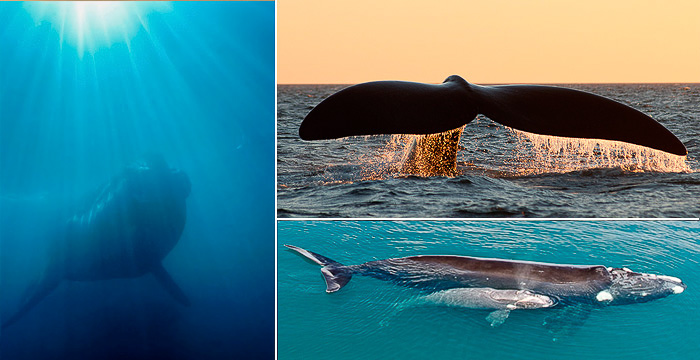 Two of the transmitters stopped sending data when they were in the waters of the South Georgia Islands, probably one of the main feeding areas for this population. The other three whales spent time on the edge of the continental slope.
The route marked in red on the map below is the total itinerary registered by the transmitter installed in Papillon, unique in designing the complete route on the map, for not having lost the signal in all those months of the open sea, with the satellite, until his return. 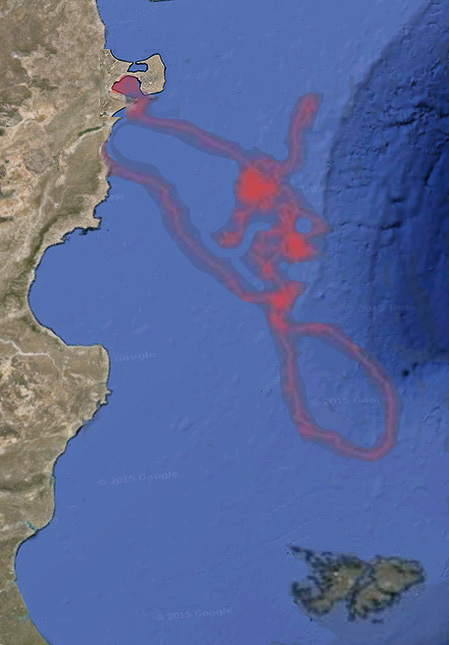 Gullermo Harris, president of the Patagonia Natural Foundation is the director of the project. He keeps the community informed about the progress in each whale season. He commented that between September 20 and 25, 2015, small transmitters were again placed to 8 individuals to add migratory routes. In a few days, the transmitter of the first specimen to be marked that year, named “Primavera”, began to point on the map towards the feeding area. Sail and return to enjoy the waters of Peninsula Valdes in April or May of the following year, here below the map of the trajectory of whales marked, in the posters appears valuable information. The first number is the transmitter and then the date and time of the location appear at the time of registration. 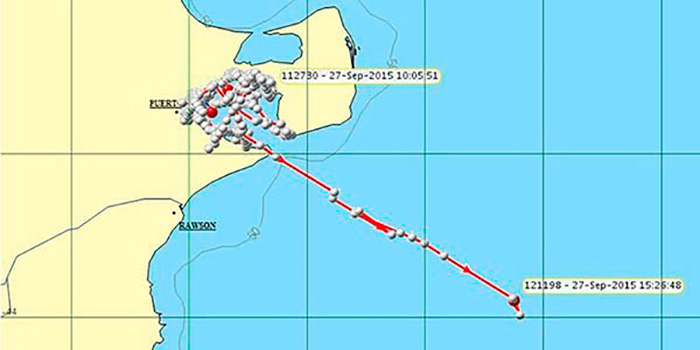 Map of the partial migration of the whale called Primavera