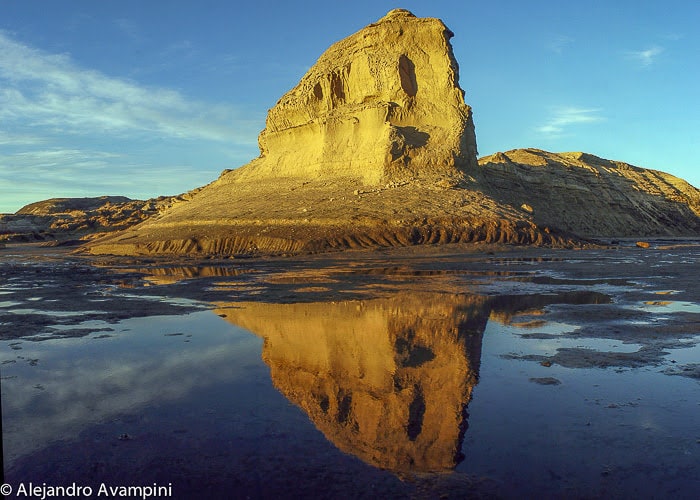 Characteristic to the geography of the Valdes Peninsula are high cliffs and extensive rock reefs that harbor cobblestone, gravel, and sandy beaches. Numerous small bays and islands help to complete the picture of this coastline. Formed from sedimentary rock, over the slow geological process that took millions of years, accumulating and consolidating stratus layers into what is now a great exhibition of the past. An amazing display of marine fossils illustrates the varied and complex marine life that one thrived in the area. Some of the most common fossils observed along the coast are oysters (Ostrea Maxima), Pectin, Sand Dollars, Turritellas, Shark Teeth, fossilized Crabs, as well as fossilized remains of Birds and Marine Mammals. 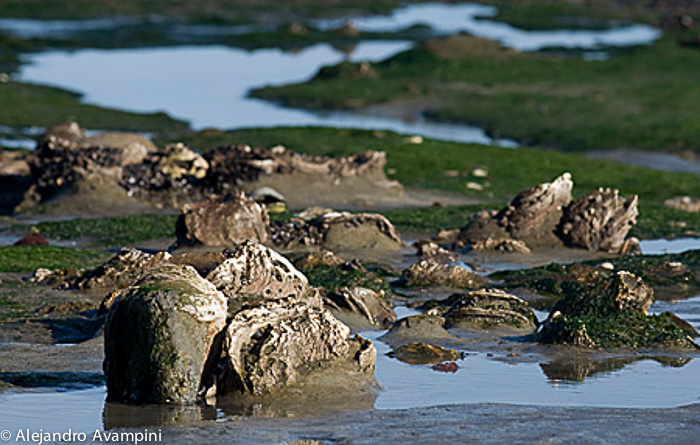 An ancestor of the Great White Shark has left evidence of its existence in the Valdes Peninsula and fossils of this huge predator can often be observed along the cliffs and on the beach. Like with most shark fossils, that of Carcharodon is reduced to thousands of jaw-bones and teeth spread throughout the world. Their skeleton, formed of cartilage, is usually destroyed before fossilization can occur.  Their teeth, on the other hand, are extremely hard, ideal for the long process required for fossilization. When they bite their teeth often break and fall out, and another tooth growing in the back will move in and take its place, often loosing and replacing hundreds of teeth each year.  Fortunately, for those of us that enjoy diving and swimming in the waters of the Valdes Peninsula, these animals no longer exist, and the modern Great White Shark (Carcharodon Carcharias) prefers warmer waters. Their ancestors lived in this area millions of years ago when the Patagonian Steppe was a jungle and the sea was occupied by Sand Dollars, Turritellas, and other tropical marine life. 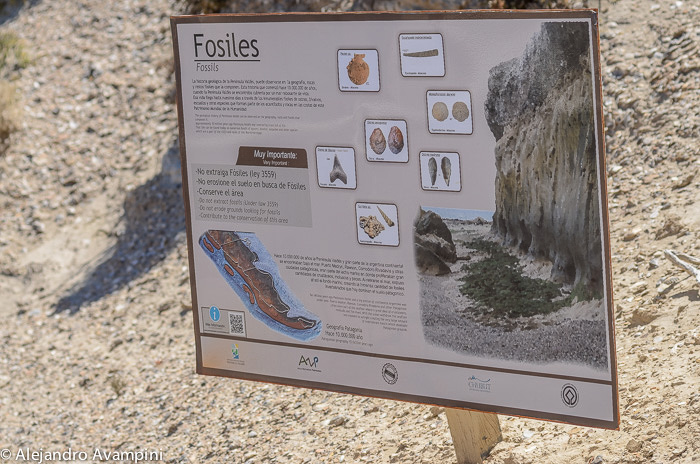 Poster with information about the fossils in Punta Piramide Reserve

🙁 It is extremely common to encounter fossils, but please remember that the removal of fossils from the Valdes Peninsula is strictly prohibited. The best way to take a fossil home is by taking a photograph and leaving it where it was found, conserving the World Heritage Site. Often, at the park entrance, vehicles leaving will be stopped to control the illegal transport and removal of protected aspects of the peninsula (flora, fauna, and historical artifacts). Avoid problems and treat the park with respect.
The elevated geological value of the Valdes Peninsula is one of the reasons why it was declared a World Heritage Site. Included in the intentions of this world status are the protection, preservation, and importance of the Tertiary profiles represented all along its coast. 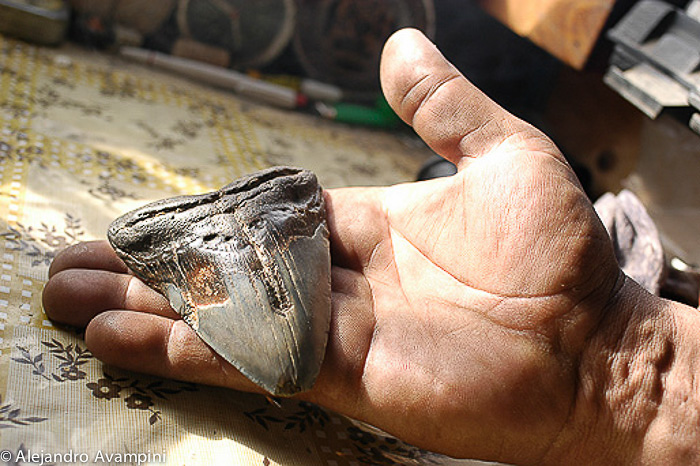 This particular geological formation is exposed on a large scale along the coast of Puerto Piramides, due to constant erosion caused by wind, sea, and rain. A panorama of deeply carved canyons, chiseled cliffs and gravel deposits along the beaches are accompanied by exposed rock reefs cut out of the cliffs by waves and tides. The bay of Puerto Piramides is marked by a smooth sandy beach while in the bay of Pardeles, just around the point to the south, a steep cobblestone beach. Two large points with high cliffs, jutting out into Golfo Nuevo to the south and west establish the natural limits of the Bay of Puerto Piramides, which is backdropped by large areas of sand dunes produced by millions of years of wind in an incessant process of erosion.

Compatibility amongst different interests in the same geographical area is often extremely difficult to attain and is a dilemma with many of the protected natural parks. Often the benefits obtained by protectionist legislation are directly countered by man’s use of the same area, whether for scientific studies, tourism or simply commercial reasons.  This is the case with the Valdes Peninsula and the problem is even greater due to the fragile nature of this particular ecosystem. For this reason, consciously enjoy and conserve 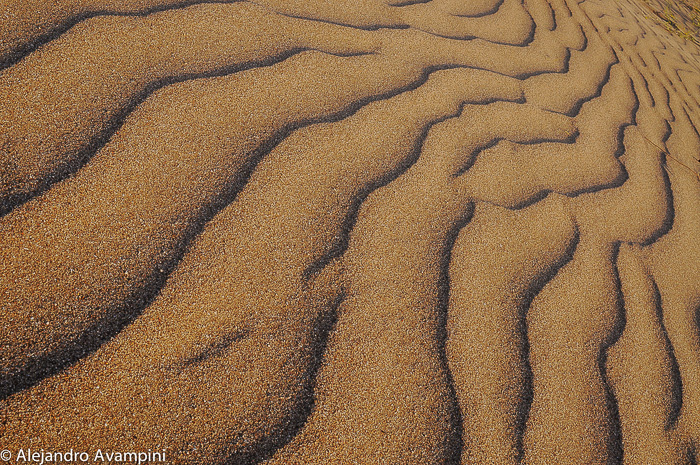