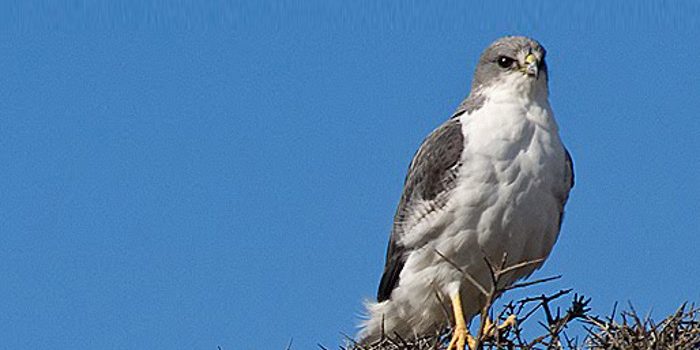 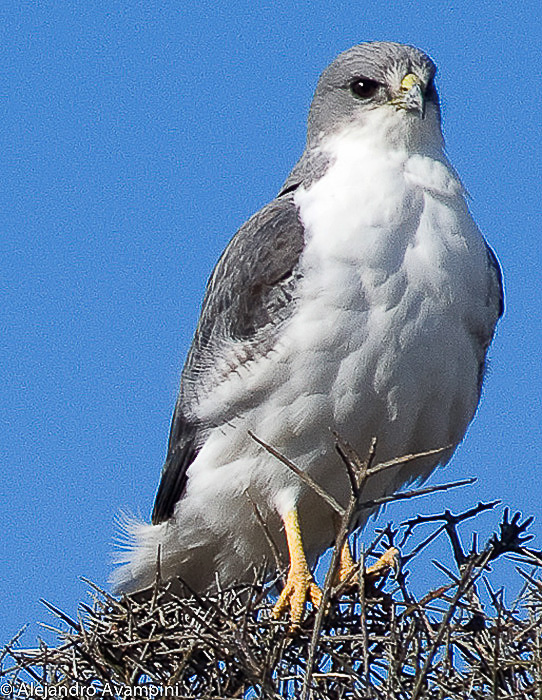 Variable Hawk in Peninsula Valdes – near the Birds Island

Also known as “Ñanco”, it can be seen throughout the Valdes Peninsula. The males measure up to 48 cm and the female is slightly larger, reaching 52 cm. The plumage is grey on the back, with a white underside in adults. Its’ most distinctive feature is a black stripe down the tail. Juveniles keep their brownish striped and spotted plumage and yellow legs for two years. It feeds on small mammals, nothing bigger than the hare and also varying species of birds. Some reptiles, amphibians, and invertebrates are also included in the diet. The method of hunting is to fly in a circular motion over an area and plunge at an angle, striking the prey on the back with it’s powerful talons. 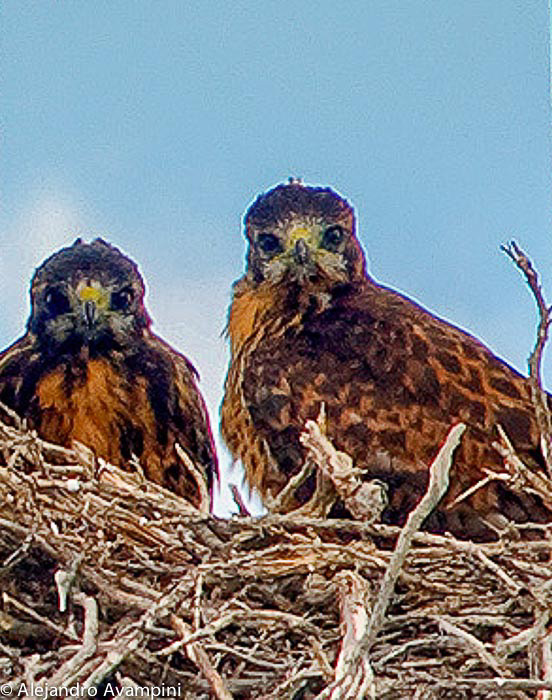 Variable Hawk nest with the chicks

Nests are built by both members of the pair. The Variable Hawk likes thorny trees, in this region, preferring to nest in Molles The bird will also nest lamp posts. The nest is large, about three feet in diameter and is made of sticks. The male feeds the female during incubation. After the chicks hatch (in December), she will be responsible for them. Folk tales say that if, when traveling, a hawk crosses your path in front of you, your trip will go well. If, however, it crosses your path behind you, you should take great care until you reach your destination.