The callosities of the right whales 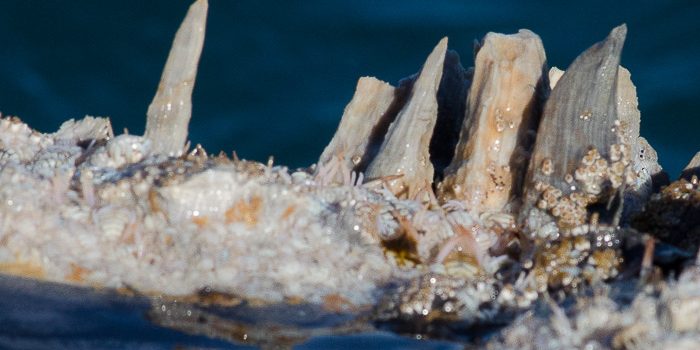 The calluses that the southern right whales have in different parts of the head, at first glance are strange, especially when one sees this whale species for the first time and does not even know where the head is and where the tail is. These clear and rare patches help create an animal with very strange shapes. These callosities of hard and clear forms have a rough base. Although all right whales have these skin thickening, not all have it in the same place or in the same way. 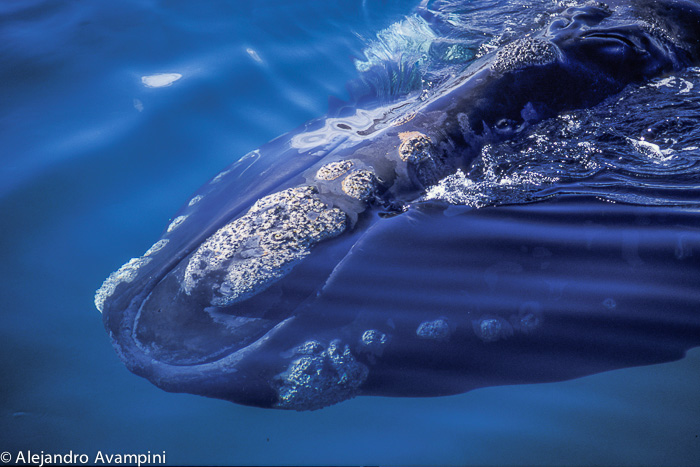 Each whale has its own distribution of calluses. These isolated calluses are about 2 in ( 5 cm ) high, are formed in the fetal stage and develop with the growth of the animal, throughout its life. They are found along the upper margin of the lower lip, jaw, dorsal surface of the face and eyes, forming a kind of eyebrow. In all specimens of right whales, the largest one is the bonnet which is at the end of the snout of the animal. These dark gray calluses have populations of cyamids, commonly known as whale lice. The calluses sometimes host colonies of barnacles which can cause them to take on a yellow or orange color. 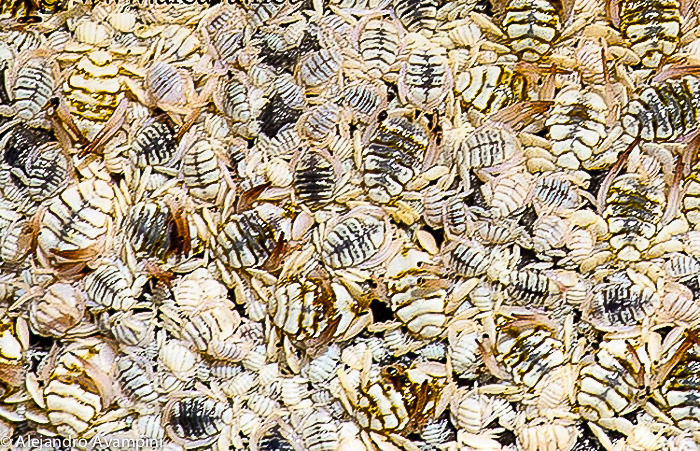 While all the whales have these skin blemishes, not all are in the same place or the same way. Each whale has its own unique distribution of calluses. 40 years ago, Roger Paine decided to use this unique distribution to enable photo- identification of whales.
This was the first major discovery that Roger Paine offered in the study of this animal. These callosities harbor populations of small crustaceans called cyamids commonly referred to as whale lice and very often interlaced with Cirripedia (barnacles) causing an orange or yellow hue to the callosities. 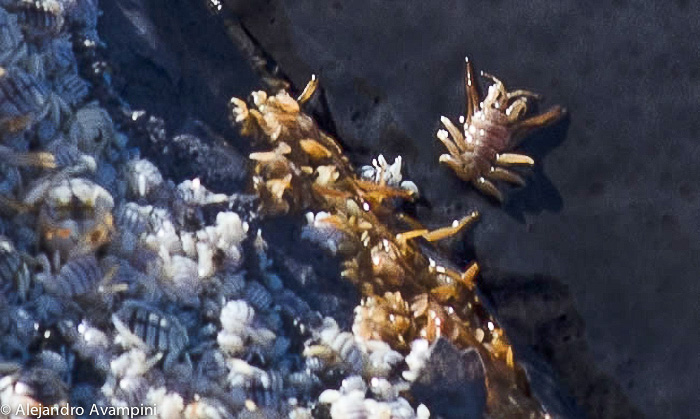 Calluses with  cyamids in the right whale

According to an interesting and very deductive study carried out by Vicky Rowntree, about the cyamids this coexistence between species takes more than 6 million years, they assure that these harmless external parasites, although perhaps annoying at times, have in their DNA more information about the whale, that the whale itself.