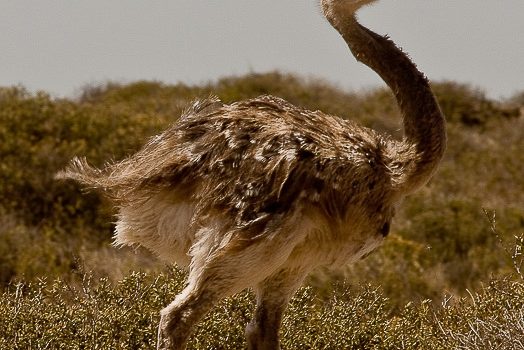 The Choique is a Patagonian symbol. Source of inspiration for stories and legends, the rhea is so present in folklore as in all the paths in Patagonia.  It is a large, herbivorous, flightless bird. They use their soft wings as stabilizers and are fast runners. It is one of the two “American ostriches”, but unlike its African relative has three toes instead of two. Females lay 8-10 eggs which are incubated by the male. He also assumes parental responsibility for the “charitos”, who follow him for most of the summer. In winter they form mixed groups of males, females, and juveniles. The harem is composed of one male and one to fifteen females. This varies by region and is very much dependent on the availability of food. The male measures 1.50 meters and weighs up to 66 lb ( 30 kg ) the female is smaller in height. It feeds on grasses, lowering its head and long neck. The Choique also eat grains, bread, flies and insects which are trapped in the air. Choique have also been known to eat metal items, coins, and small stones. 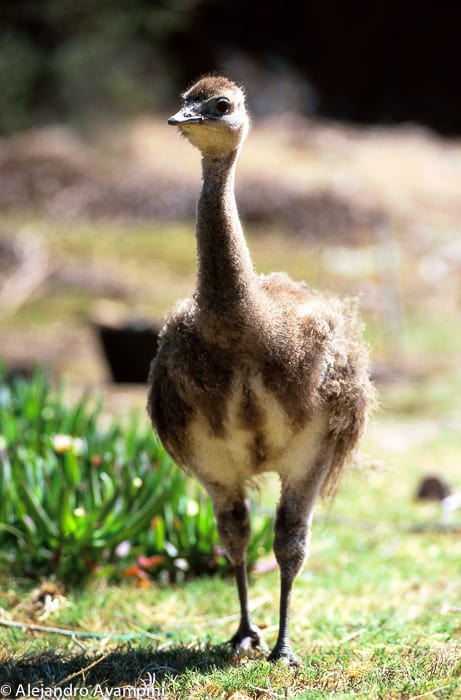 Their relationship with the man:

The rhea has been one of the species most utilized by Man in Argentina. For Patagonian natives, it was a favorite food, along with the guanaco, and they fully took advantage of all of it: the meat, cartilage, and fat were consumed for food; feathers as ornamental, fans and whisks; the leg tendons were used in making ropes for bolas, bones for musical instruments; leather for tobacco pouches and saddlebags; and the eggshell and feathers were used as medicines. It is also found of countless legends, as in the following story, which tells how a rhea was the origin of the Southern Cross constellation.