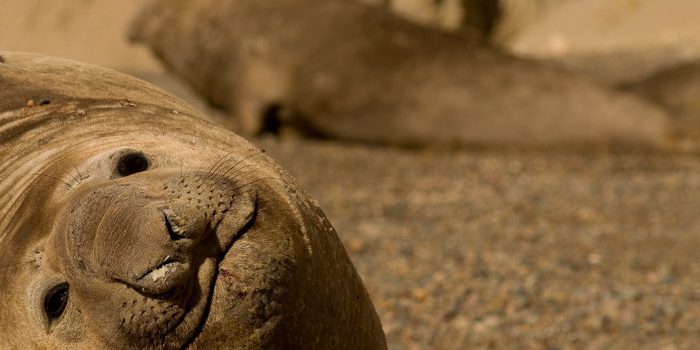 The Valdes Peninsula, in Argentine Patagonia, is home to the only continental reproductive Southern Elephant Seal colony in the world. This species (Mirounga Leonina) is distributed throughout the Sub-Antarctic region with an estimated population of 700,000 individuals. It is calculated that approximately 20.000 reach the Peninsula Valdes each year between August and March to mate, give birth and molt.

The Southern Elephant Seal is the largest marine mammal to occupy this coastline during its reproductive season. Towards the end of August, the first males begin to arrive, marking their territory and gathering their harems with the arrival of the females. The pregnant females are the first to arrive, giving birth just days after. While nursing her pup the female will fast, relying entirely upon her fat reserves. 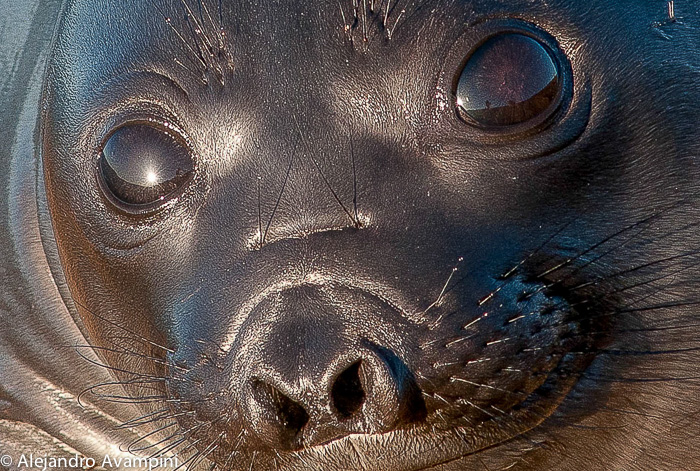 There are approximately 500 Southern Elephant Seal harems that form along the Valdes Peninsula´s 124 mi ( 200 km ) of coastline consisting of between 2 and 130 females in each harem. The dominant male’s make up only 14% of the population and can mate as many as 15 times in one day.
Other surprising data is that 73% of births occur during the night and the mortality rate of the offspring is 4.4%. The males weigh 4 tons, 8 times more than a sea lion and the females 900 kg. Mothers lose 13kg per day while feeding their child, which increases 4kg in the same period. This unimaginable data does not end here.