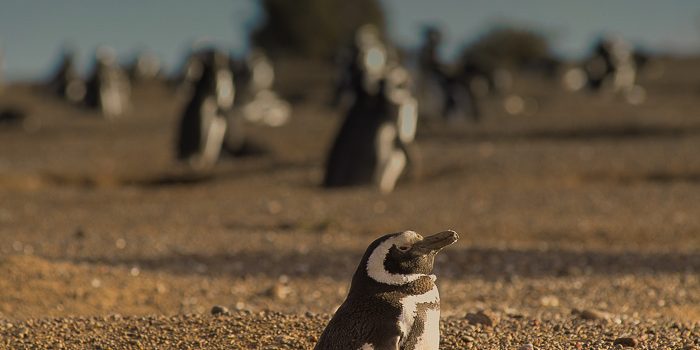 Punta Tombo is a narrow stony strip of 3 km long and 600 m wide that enters the Atlantic Ocean, more than a million penguins, nested annually in this provincial fauna reserve. Despite being the largest continental colony of Magellanic penguins in the world, in recent seasons, there has been a decline in the population, currently around 400,000. 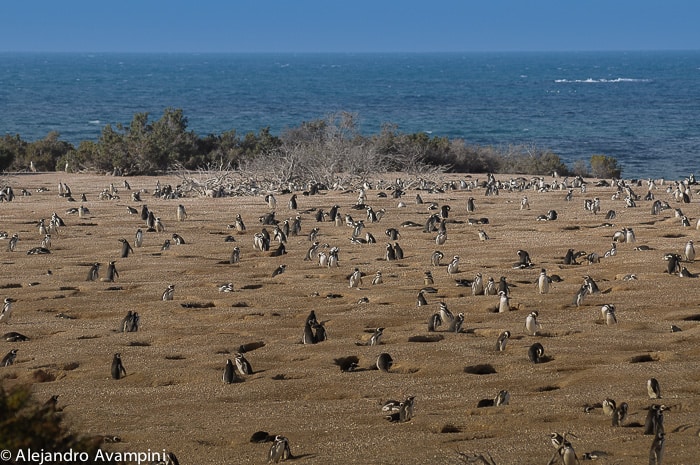 The scientific community pays special attention to this geographical change. The most heard theory is that the population of penguins moves because there is a greater concentration of fish and marine life, inland waters at the height of the Península Valdés. For some scientists and connoisseurs, the San Lorenzo Penguin Colony, barely 40 years old, was growing, due to a territorial displacement from Punta Tombo, attracted by schools of fish, on the seaboard of Peninsula Valdes, the food they need daily to feed and feed their young. These data are corroborated by Pablo Garcia Borboroglu Researcher of CONICET Argentina and President of GPS (Global Penguin Society).
If you come to Peninsula Valdes because of the enormous diversity of fauna, you have to be aware of the distance to Punta Tombo, from Puerto Piramides. make 600 kilometers between roundtrip !!!, crossing cities and losing a lot of time to travel that huge distance, to be in a reserve just a few hours.

Save up to 45% of the value of the room with these discount coupons.