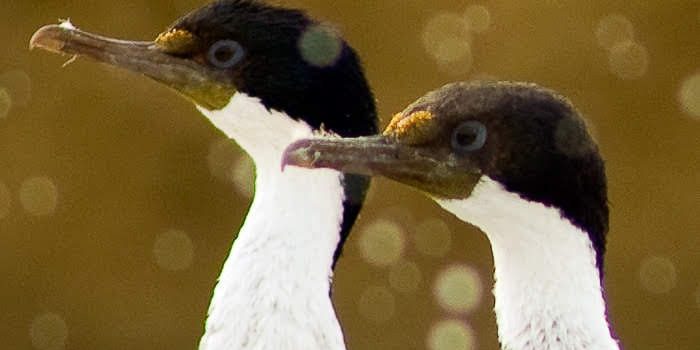 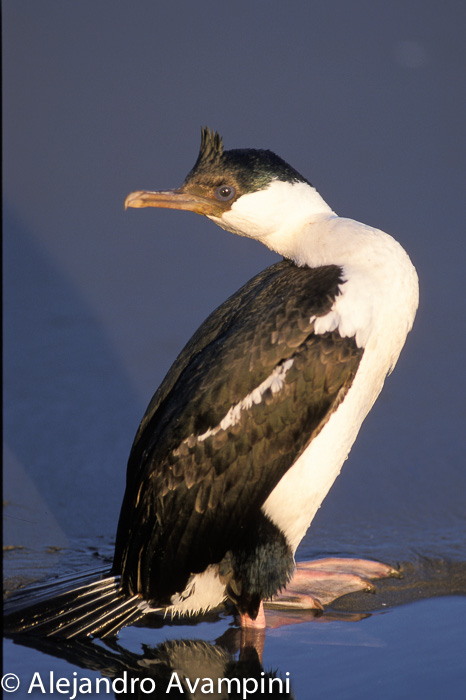 Along the entire coast of continental Patagonia, the imperial cormorant is a species almost piscivorous but also feeds on marine invertebrates such as cephalopods, crustaceans, and polychaetes. The Imperial Cormorant consumes a large proportion of pelagic and demersal fishes such as anchovy, hake and some species of mackerel and uses a broad range of depths throughout the water column. 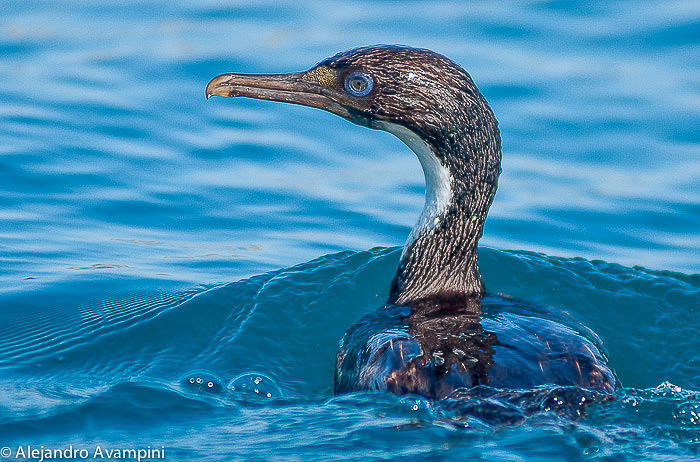 Recent studies showed that the Imperial Cormorant feeds both in shallow coastal waters as well as deep waters about 230 ft  ( 70m ) and offshore, more than 5 mi ( 8 km ). The imperial cormorant is the leading producer of guano in Patagonia. Currently, the guano is mined in only a few colonies of Chubut and Santa Cruz. The guano exploitation is still carried out in a similar way to that of a few decades ago, and its extraction is carried out manually and sporadically.

Rock Cormorants (Phalacrocorax magellanicus) are maritime birds that rook on rocky cliffs, and thus their name. They are extremely well-adapted birds both in flight and below the water. Underwater they advanced using their webbed feet. This species exists only in the Patagonian region of Argentina and Chile. The Rock Cormorant colony at Punta Loma in one of the largest, with approximately 280 mating pairs and other, smaller rookeries exist along the coast of Golfo Nuevo. They will remain in the same colony throughout the year while adapting their behavior in accordance with the changing seasons. From March through September they are primarily found feeding and spend very little time on the nest. From October through February their behavior changes dramatically as they dedicate most of their time to mating, incubating and raising their chicks. The chicks will hatch 30 days after the female lays her eggs, usually just 2 eggs that will be mutually incubated by the pair. For two months the pair will take turns protecting the nest and chicks while the other heads out to sea in search of food. 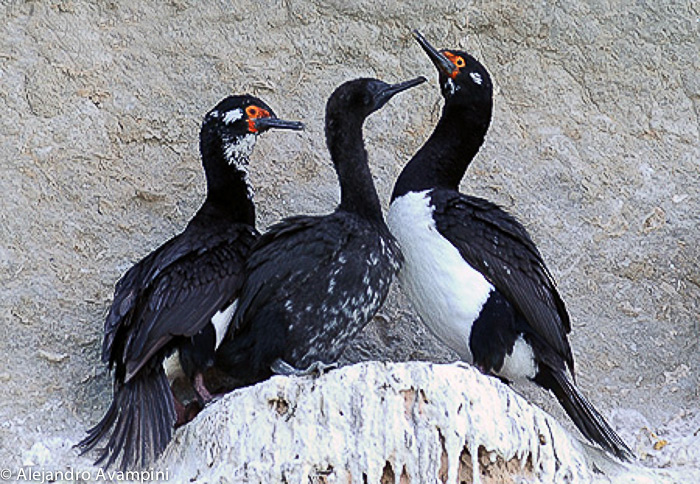 These Cormorants are frequently observed flying a precise straight line just above the surface of the ocean and, from time to time, lightly touching the surface with the tip of their wings. This species almost exclusively feeds on fish and in contrast to other cormorants, observations suggest that it mostly feeds on species of schooling fish. In a maritime environment, the Neo-Tropic Cormorant (Phalacrocorax olivaceus) has been observed feeding alone as well as in groups and almost exclusively in shallow coastal waters less than 1.3km from the shore and in no more than 10mt depth. After diving, they are commonly observed standing with their wings spread out in order to dry. Their nests are built with twigs cemented together with their own guano… 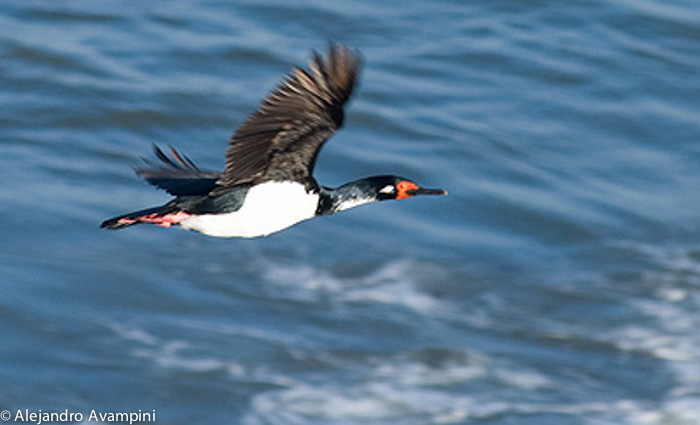 Rock Cormorants flying over the sea

Neotropic Cormorant with the chick in Punta Pardelas Peninsula Valdes

It is frequently seen flying swiftly the Neotropic Cormorant (Phalacrocorax olivaceus), almost touching the water with a straight and accurate flight; and occasionally they touch the surface with the wingtips. This species is basically piscivorous. However, the same observations suggest that, unlike the cormorant black neck and imperial cormorant, the diet of this species consists of a high proportion of fish that move in schools and near the surface such as mackerel and bottom fish like sea bass. In marine environments, it has been observed feeding both individually and in flocks. primarily, under 4 ft ( 1.3 m ) and no more than 33 ft ( 10 m ) deep. It feeds in coastal waters and shallow. After his dives in search of food, it is commonly seen with outspread wings toward the sun on some safe pathways to get rid of moisture. They build nests with branches cemented his own guano.