A little bit of history about Man and the Whale:

The Southern Right Whale is a warm-blooded living being that has suffered man’s industrialization of the world’s natural resources. For hundreds of years, they hunted whales, sea lions, and many other animal species, in order to use their fats, dissolve it to obtain the oil to make candles and place in the lanterns that illuminated the streets and houses of Europe and the different Viceroyalties and Colonies from all continents. Various parts of the whale’s remains were also used in the making of frivolous cosmetic products. Their baleen filters, used by the right whales and all other Mysticeti for feeding, were processed to make umbrellas, corsets and other massively consumed products. 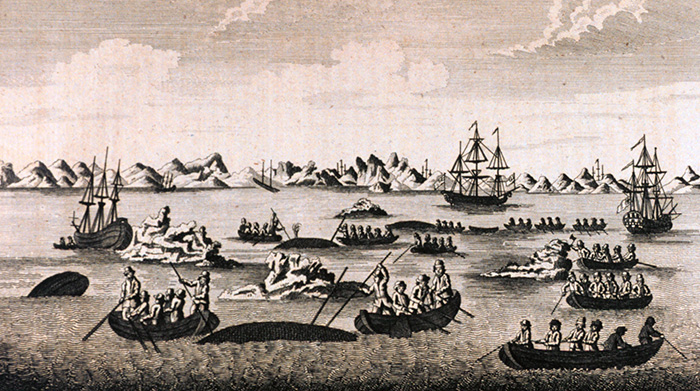 Slaughter of whales in Peninsula Valdes

It is estimated that the numbers of Southern Right Whale before the indiscriminate commercial hunting of these animals reached well over 50,000 individuals. With the discovery of petroleum, gas, and electricity, these enormous marine mammals have, little by little, lost their importance in the industrial world. Many species were unable to survive the voracious consumer market. One such is the North Atlantic Right Whale, a species that occupied the Bay of Biscay in northern Spain and was similar to the Southern Right Whale.

Slaughter of whales in Peninsula Valdes 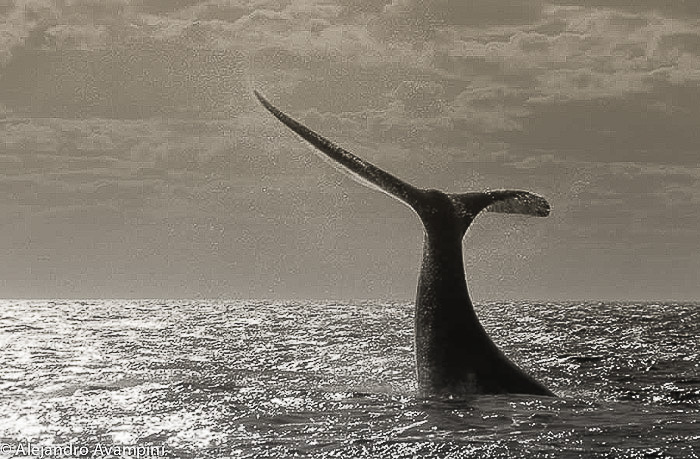 In 1984 this species was declared by the Argentine Republic as a National Natural Monument.… And as if that were not enough, after 2016 the central bank of Argentina print 200$ with the southern right whale.