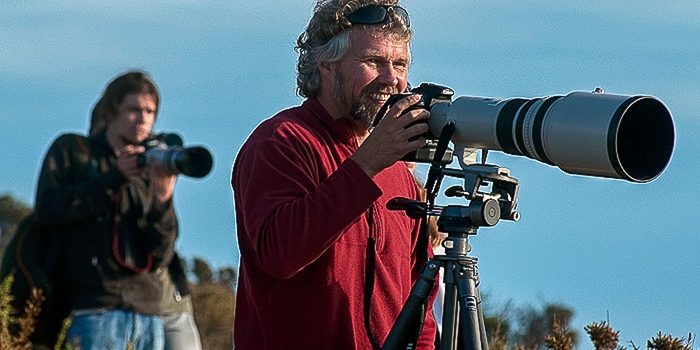 If you plan to come to see orcas and you want to arrive at the right time, you have to read this article, to understand general aspects of the 2 killer whale seasons that occur throughout Peninsula Valdes.
One is between March and April when the offspring of sea lions begin to move away from their mothers to play in the surf with the other offspring, in the Reserve of Punta Norte. And the other season of intentional stranding of orcas is between October and December, when the orcas visit the elephant seal colonies, looking for the young, born between August and September, in the Caleta Valdes Reserve, 30 km from Punta Norte.

Only 30 orcas, grouped in families of around 5 members, frequent the area, with the intention of eating the offspring of these other two species of marine mammals. Not all of them know how to hunt on the coast. Only one or two killer whales per family, usually females, know the technique of intentional stranding, a practice that, poorly done, would be a safe encounter with death. The return to the sea is fundamental in this fast attack, with prey or without it being able to leave the beach and return to deep waters is the only guarantee that the orca has not to die on the beach attached. Far from the water after the tide begins to fall and the sea moves away along with the possibility of continuing to live. 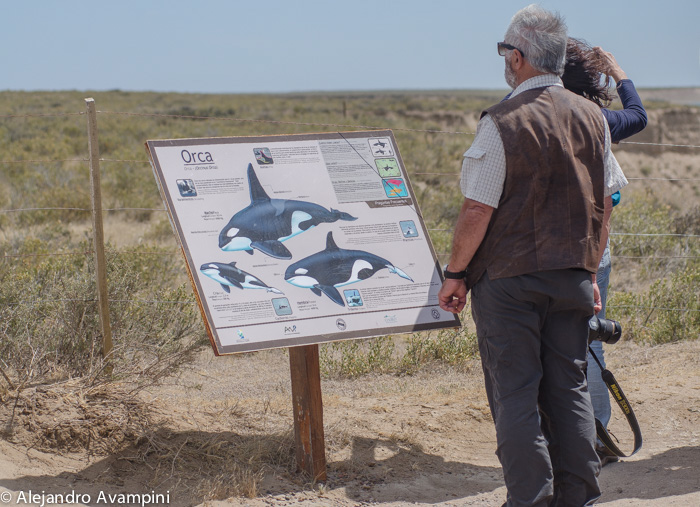 There are 2 high tides and 2 low tides per day, with an intermediate stationary period, meaning that the tide is high every 12 hours and several minutes. The schedule of the tide is running every day, the stationary periods of high and low, ranging from 20 minutes to just over an hour over the previous day, generate that difference. That is the reason why every day the attacks of Orcas to sea lions or elephants seals, happen a little later every day in a progressive way. For example: When the high tide on the beaches of Punta Norte occurs very early in the morning, there will also be high tide in the late afternoon. On those days that are only a couple of days per month, they are called double-tide days. 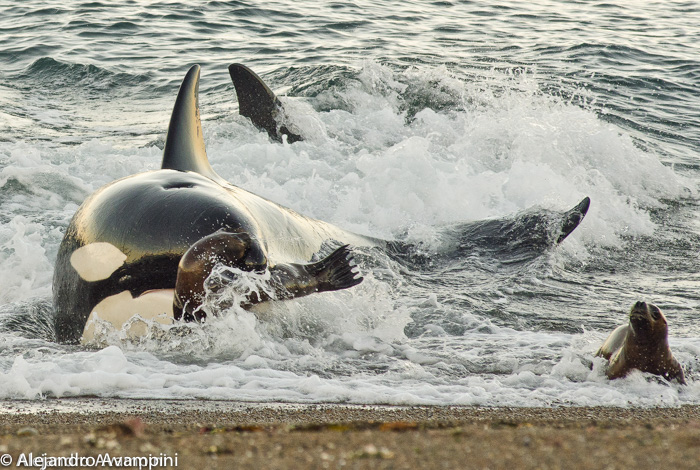 Here I bring you the link to the daily tide table of Peninsula Valdes, a service offered by the Peninsula Valdes Natural Protected Area Administration. It is widely used by local guides and scientists dedicated to the issue of orcas because they attack only at high tide, which is when the water reaches the sea lion colonies. 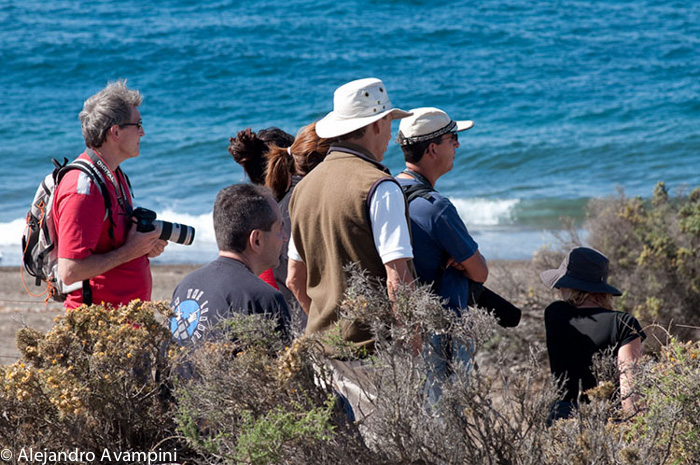 photographers waiting for the orcas in Punta Norte

When the high tide coincides with the hours of dawn, due to the playful and carefree behavior of the offspring of sea lions on the coast, orcas usually find the morning productive. The young with the sun coming out, after sleeping all night, move carefree from one side to the other on the beach, playing at the edge of the break in a dangerous area to walk so distracted.
The beach is divided into different sectors separated by restingas (rock formations), creating canyons where the orcas can, at high tide, surprise with their presence and reach the same wilderness in an instant. 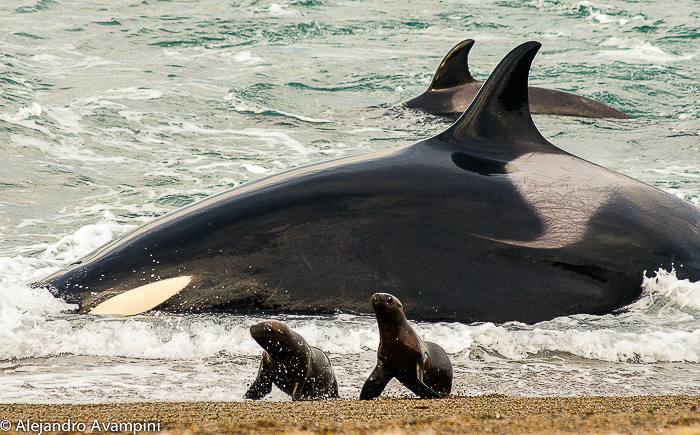 Again I repeat that the presence of orcas is very uncertain, in a wildlife with an ocean of possibilities, they do not always appear in the area and when they do, they do not always attack; Sometimes they only patrol the area and end up hunting in other wolves in the area, out of sight in the area of the tourist lookouts. that can not be observed by the general public, because they are inside private fields. The wait is many times several days. Although it is the peak season, during the high season, the appearance of killer whales is not guaranteed. The 5 or 6 hours that the documentalists spend waiting under the sun, the cold or the heat, becomes long without action. At times we drink mate, we gather pebbles, while the park ranger maintains the vigilance to warn the group about the presence of orcas. 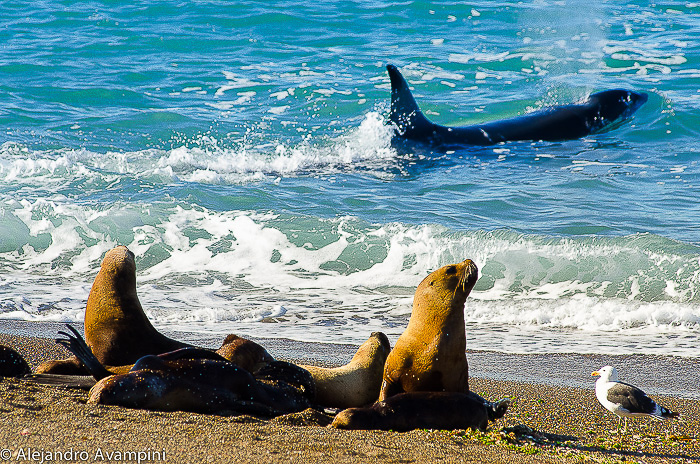 Orcas in the sea lions colony