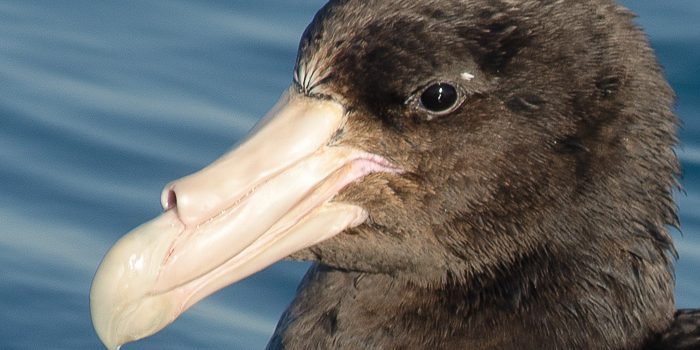 The Southern Giant Petrel (Macronectes giganteus) This special bird has an incredibly aerodynamic shape. The distance between the tips of the extended wings reaches 6.5 ft ( 2 m ) An adult male can weigh up to 11 lb ( 5 kg ) The family feature is the nostril, located in the upper beak in the form of a single nasal tube, but internally divided in two by a central partition. Monitoring these birds have shown that they have incredible flying skills and stamina. 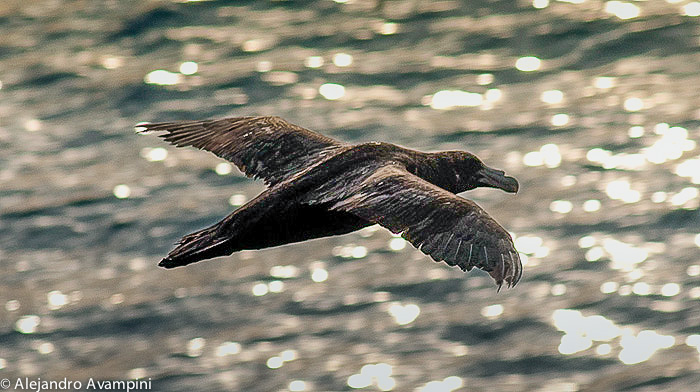 They have an excellent sense of smell which helps them find food on the coast. It does not only feed on carrion, such as dead penguins, sea lions, and elephant seals, it will also eat penguin or other birds chicks, eggs and sometimes hunts penguins and other seabirds as prey. In the sea they feed on refuse dumped by hundreds of fishing boats which jettison fish unwanted for human consumption, that is to say, that tons of dead fish daily discarded at sea. Human predation is causing birds like Giant Petrel to have more food as a result of which, their lifespan and reproduction rate are increasing. Consequently, birds currently appear in disproportionate numbers, compared to previous years. 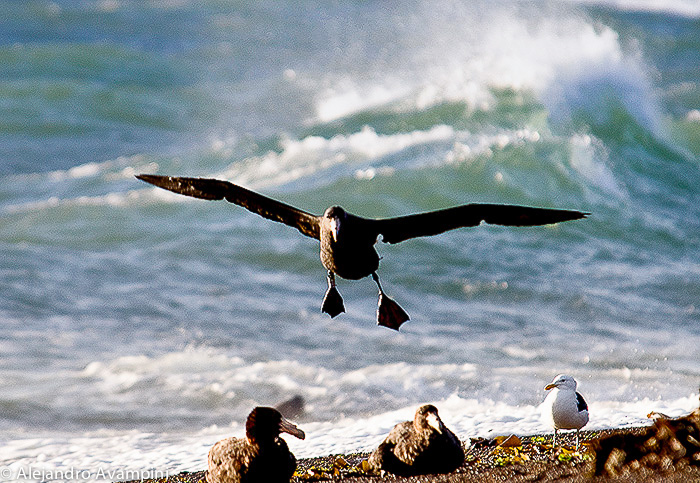 In the colonies of northern Patagonia, the laying date (for a single egg) begins during the last week of October and is relatively synchronous. The first chicks hatch during the last week of December. Adults remain in the nest with the chick for nearly two weeks, after which time, the chicks are left alone in the colony while parents feed at sea, returning to regurgitate food for them. In Patagonia, the chicks become independent around the second week of March and early April.